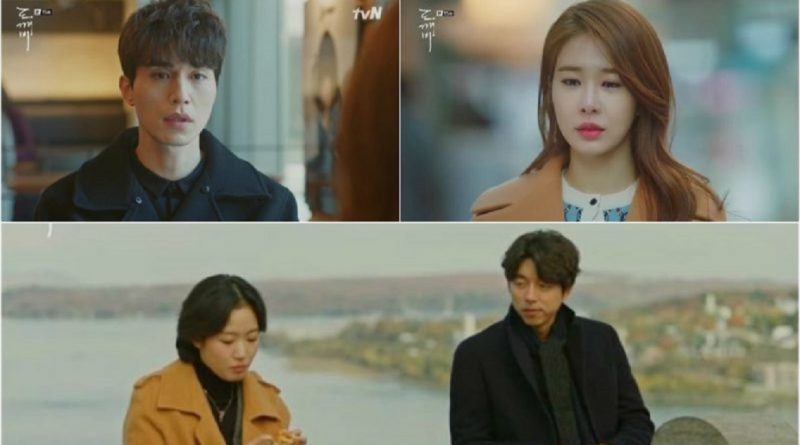 Just like in previous episode, Kim Shin met Eun Tak in Canada once again. He also acted awkwardly in front of her. The two of them then strolled around Quebec while having a conversation.

After that, Kim Shin and Eun Tak came to the restaurant where they had dined together before. Kim Shin smiled happily after realizing that the man he saw in Eun Tak’s future turned out to be him.

Meanwhile, in Korea, Grim Reaper met Sunny in a cafe. The two of them acted as if they just met each other for the first time.

The meeting did not last long because Sunny hurried away.

However, not far from the cafe, Sunny stopped and cried while holding her chest. It turned out that she still remembered Grim Reaper.

Likewise, Grim Reaper was also crying in the cafe. He cried while hugging the painting of Kim Sun.