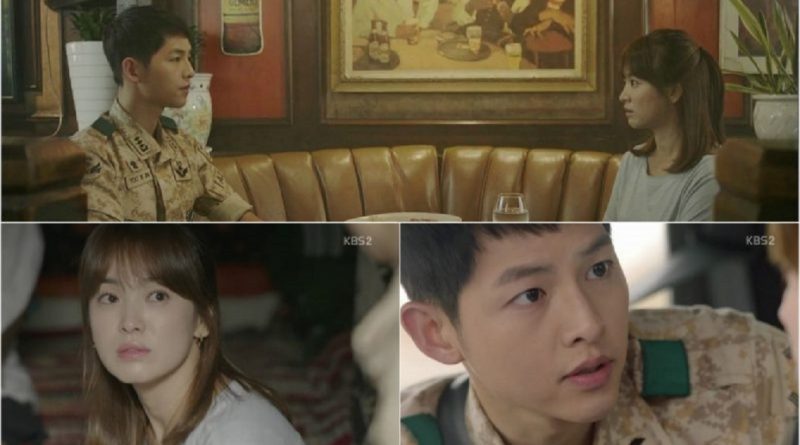 Mo Yeon was surprised because Si Jin kissed her after she offered the bottle of wine to him.

Back to Urk, Si Jin left Mo Yeon in Daniel’s house. Since Daniel is half Korean, his Korean language speaking ability is not that good.

Mo Yeon then drove a car alone and got distracted in the middle of the road. Suddenly, she saw a car going in full speed from the opposite direction. Mo Yeon tried to swerve the car but ended up hitting the road rails instead. Though Mo Yeon had hit the brake, the car kept going until it hung on the edge of a cliff!

Mo Yeon hysterically tried to call Si Jin, who instantly hung up the phone and came to rescue her. Si Jin intentionally dropped the car down the cliff so the two of them fell into the water below. However, Si Jin saved Mo Yeon by bringing the unconscious woman to the beach and giving her CPR.