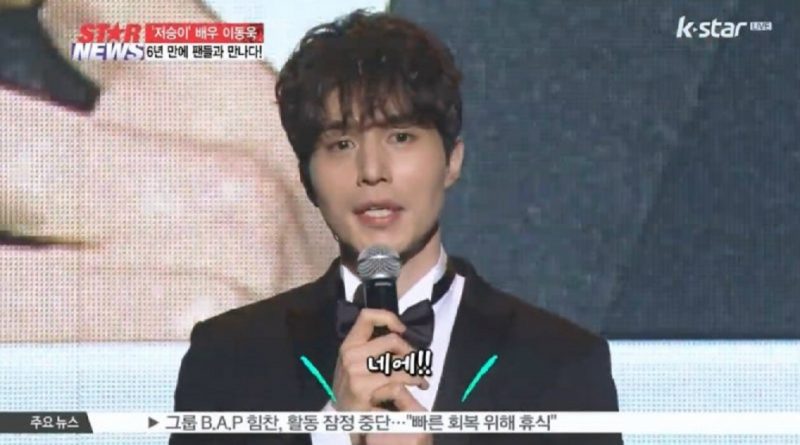 After 6 years, actor Lee Dong Wook is back to hold another fan meeting. Attended by more than 1.500 fans, he spends his time together with his fans.

Actor Lee Dong Wook becomes popular recently because of his role as the Grim Reaper in ‘Goblin’. The tickets for this fan meeting were sold out in just a minute. On that day, Lee Dong Wook appears handsomely by wearing a black suit. He also becomes the MC of his own fan meeting.

Lee Dong Wook was a bit surprised when a fan asked about his ideal type. With teasing tone, he asked who raised the question. A woman who eats well attracts him and it is a trait that all of his fans have.

Lee Dong Wook’s Asia Tour starts in Seoul and will continue in Taiwan, Hong Kong, Japan, and other countries.

June 14, 2017 Tirta Comments Off on So Ji Sub Donated 100 Million Won from the Profit of His Fan Meeting
MOVIE VIDEO

May 16, 2017 Tirta Comments Off on Who Will The Actors Choose as ‘The Mayor’ of Seoul?
STAR VIDEO