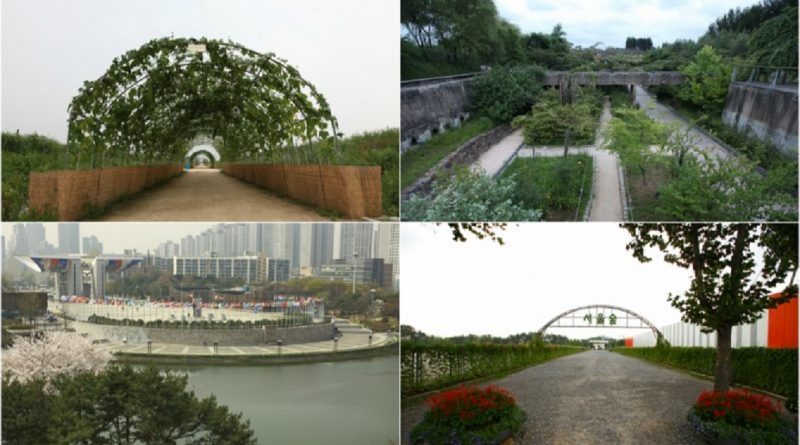 There are so many tourist destinations in Seoul that we can visit, one of them is the city’s beautiful city parks. These parks are equipped with a variety of convenient facilities, such as swimming pools, bicycle paths, even campsites. In addition, the location is also easy to be reached. Here, we will see four main parks in Seoul which are perfect for recreation.

The park, which was opened for public in 2002, is one of the largest parks in Seoul. The park is divided into five small parks with different themes, namely Pyeonghwa Park, Nanjicheon Park, Nanji Hangang Park, Haneul Park, and Noeul Park. Pyeonghwa Park, which is located near the south gate of World Cup Stadium, is the largest park among the five parks, there is even a special area for children. In the Nanji Hangang Park area, not far from the World Cup Stadium is Nanji Campground, a picnic and camping place. Here, visitors can have a small picnic and enjoy a barbecue, or camp with family.

In ancient times, this place was a favorite location for scholars to paint or write poetry. Currently, Seonyudo Park has become one of the most favorite recreation places in Seoul. The park has several facilities such as aquatic plants and playgrounds for children. The park also offers beautiful views of the Hangang river and its surrounding areas, as well as colorful lights that enliven the atmosphere at night time.

With extensive lawns and sports facilities, the Olympic Park (올림픽 공원) has long been a major venue for Korean popular concerts, performances, sport events and recreation spots. This park is the right destination for family events because there is a children’s playground, music fountain, plant observation area, and a good walking path. Several other facilities include coffee shops, bakeries, sports shops, fast food restaurants, and other shops are also available here.

Seoul Forest is a park that resembles Hyde Park in London and Central Park in New York. The park has five areas with different themes, namely: Cultural Art Park, Ecological Forest, Nature Experience Field, Wetlands Ecological Field, and Han River Waterside Park. A variety of facilities are available, such Seoul Forest Square, theme parks with ecological themes, bike and walking paths, spot for events and arboretum of insects. Some sports facilities can also be used for free, including bicycle rentals. In addition, visitors can also see deer and other wildlife animals from a close range in Seoul Forest.