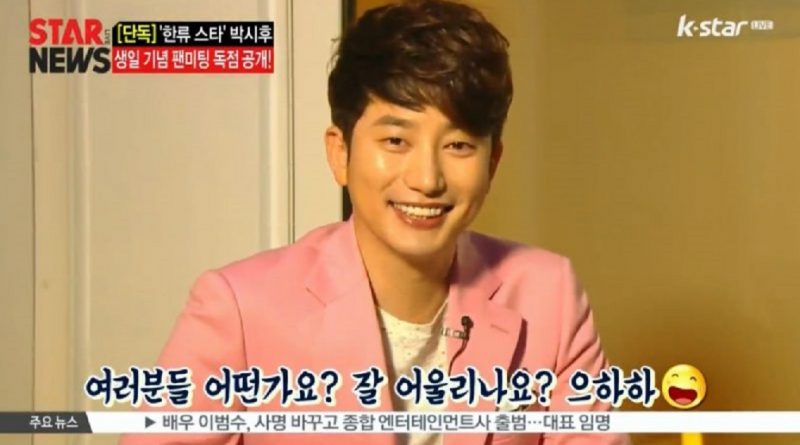 On April 3, taking place at the same time with his birthday, Park Shi Hoo spends a special time together with three thousand Korean and foreign fans. Park Shi Hoo did an exclusive interview with K-STAR. Park Shi Hoo appears handsomely by wearing spring outfit. The place in which he would greet his fans is at his hometown, Buyeo, South Chungcheong Province. Recently, Park Shi Hoo is actively contributing in Buyeo as a form of his devotion.

He couldn’t hide his nervousness before meeting his fans. Park Shi Hoo prepared the flower for the fans one by one. ‘Shi Hoo storm’ is back attacking Japan. Last year, OCN ‘Local Hero’ which is starring Park Shi Hoo was aired in Japan and received positive responses. This drama becomes the top Korean drama in Japan. “Soon, I have a plan to meet the fans in Japan”.

The public in Korea is also waiting for his next works. “Currently, I’m considering my future works. It seems historical drama will be a good choice”, said him.