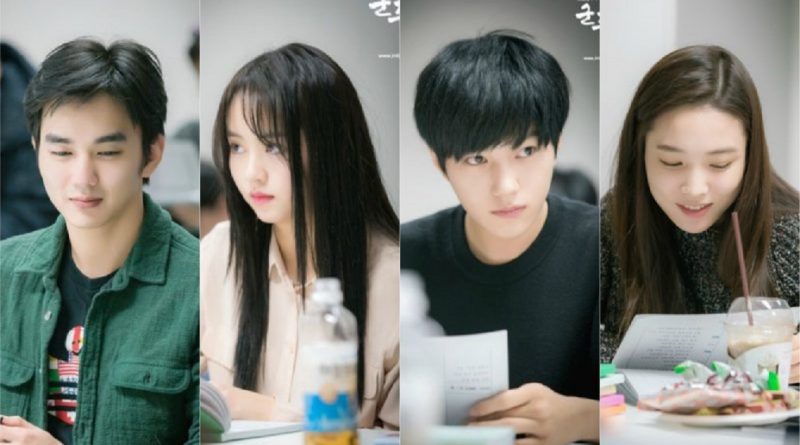 MBC’s newest Wed-Thu drama, ‘Ruler: Master of the Mask’ which will be aired in May just released the pictures of their script reading which steals the public’s attention.

‘Ruler’ will tell the story of the Crown Prince of Joseon who needs to fight against a secret organization in order to protect the kingdom and the water supply in Joseon. This drama is attracting the public as a historical drama which combines the politics in the palace with romance.

In the released pictures, Yoo Seung Ho, Kim Soo Hyun, L, and Yoon So Hee are seen reading the script with a serious expression. Their visual is also glowing. The public can see their refreshing visual through the teaser and the poster of ‘Ruler’ which has been released.

‘Welcome~ this is the first time everyone sees the crown prince with a mask, right?’

Even though he wears a mask, his visual cannot be hidden.

Just from the teaser, ‘Ruler’ feels like a movie!

Yoo Seung Ho’s visual seems to grow every day!
Even when he is holding a pen, he looks charming! (nervous)

Kim Soo Hyun is filled with the spring’s spirit! A beautiful appearance just like a blooming flower!

July 21, 2017 Tirta Comments Off on Ji Sung and Lee Bo Young are Having a Family Vacation with Their Daughter, Ji Yoo