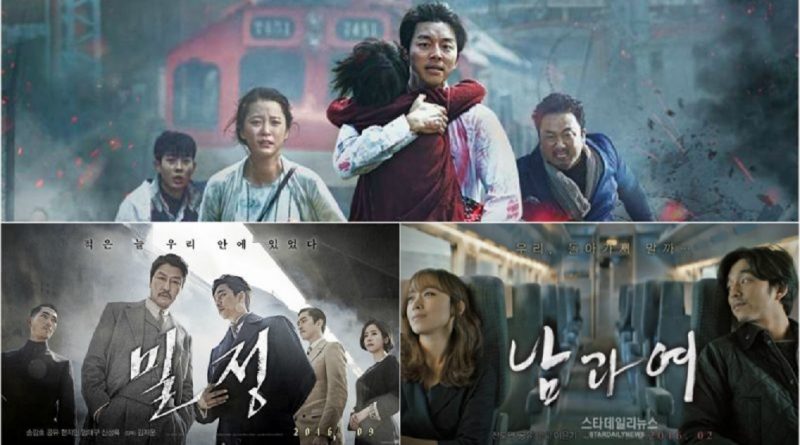 2016 is such a meaningful year for actor Gong Yoo. In this year, both movie and the drama in which he is featured in hit a big success. Even though nowadays his name is often connected to tvN ‘Goblin’, his movies which are released in 2016 are also popular. These movies are ‘The Age of Shadows’, ‘Train to Busan’, and ‘A Man and A Woman’.

‘The Age of Shadows’ is a movie that took place in Korea during Japanese colonization. This movie told a story about a Korean organization against Japan which was known as ‘Heroic Corps’, made to fight for Korean Independence. In this movie, Gong Yoo played as Kim Woo Jin. Other than Gong Yoo, this movie is also starring Song Kang Ho and a beautiful actress Han Ji Min.

Then there is ‘Train to Busan’ which is the movie that makes the biggest profit in Korea in 2016. The movie in which Gong Yoo and Ma Dong Suk starred in is about the struggle for the people to survive from zombie virus in KTX that is traveling from Seoul to Busan. In this movie, Gong Yoo plays as Seok Woo who has a daughter named Soo An (Kim Soo Ahn).

The last one is ‘A Man and A Woman’. The movie “A Man and A Woman” tells the story of two people who have different reasons behind their visit to a very peaceful place in Finland. Sang Min (Jeon Do Yeon) is looking for her son’s lodging in Helsinki and Ki Hong (Gong Yoo) is on overseas assignments, both of them accidentally meet at an inn and shared a forbidden story together.

In this film, Gong Yoo plays as Ki Hong, a husband who already has a daughter. But he finds no joy in his family until he meets a woman named Sang Min.

April 13, 2017 Tirta Comments Off on Introducing SEVEN O’CLOCK, a Rookie Group who Wants to be as Big as BIGBANG
DRAMA VIDEO

August 22, 2017 Tri Comments Off on Max Changmin and Choi Siwon Return From the Military