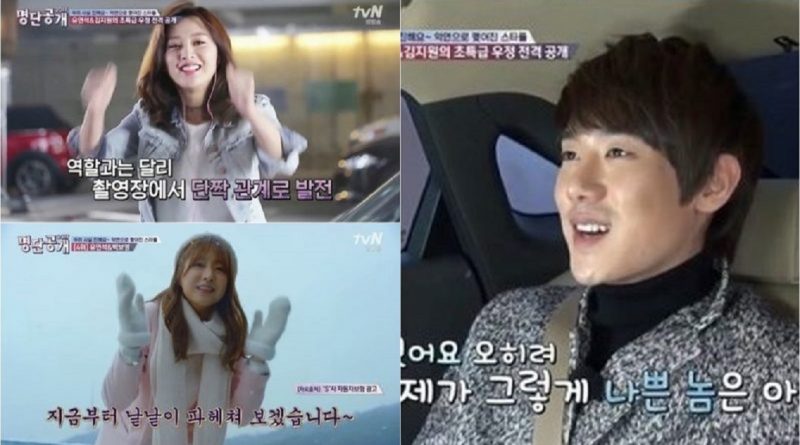 This week, tvN’s show ‘The List’ discussed celebrity friendship on its April 17 broadcast. Despite playing an antagonist role in a drama/movie, some of the actors turn out to have a really good relationship with the protagonists.

Actor Yoo Yeon Seok ranked fourth on the list of ‘celebrity friendships’ due to his relationship with his ‘A Werewolf Boy’ (2012) co-star, Park Bo Young. In that film, Yoo Yeon Sok was the antagonist while Park Bo Young was the protagonist female lead. Yoo Yeon Seok admitted that he instantly became close to the actress, and Park Bo Young herself once showed her support to him by participating as a cameo in Yoo Yeon Seok’s movie, ‘National Singing Contest’.

“I often joked around with Park Bo Young in ‘A Werewolf Boy’ set,” said Yoo Yeon Seok. Park Bo Young and him often show off their closeness in variety shows.

Yoo Yeon Seok also has a great friendship with actress Kim Ji Won, whom was rumored to be dating him twice. However, they explained that they’re simply close friends who first met after the release of ‘Horror Stories’ movie in 2012, where Yoo Yeon Seok played as a kidnapper and Kim Ji Won played as a high school student who was kidnapped by him.