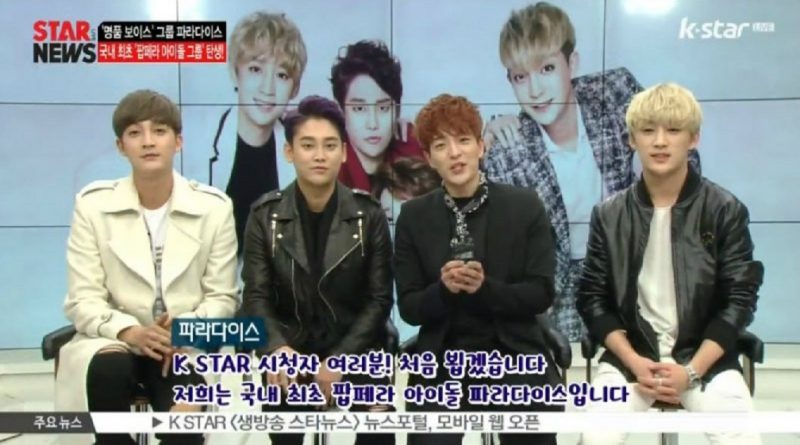 Today, we’re introducing the first Poppera Idol Group with luxurious voice and attractive appearance, PARADISE. PARADISE’s genre is ‘Poppera’, a combination of Opera and Pop. Though this kind of music is not that popular, rather than feeling burdened, Poppera want this kind of music to get more recognition from public.

“We want to sing more opera songs, but we also want to present the beautiful and trendy element of pop. Our title song has a very classic pop element, but with much heavier tone. It’s easy for us to make this kind of music, but we also have to make sure that it’s easy in the ears of the listeners,” revealed the members.

Ever since their debut, PARADISE already have a solid fanbase due to their great performance. They receive good responses from public and slowly rose to popularity. “At first, we did not have any original song, so we simply combined a popular musical number and a pop song. We rearranged them and performed our arrangement to public. Sometimes we also brought flowers when we perform. Maybe that’s why we have more female fans.”

“In Korea, musical performance is considered as a promising art. The songs that are sung in Sejong Cultural Centers are not only opera music, but also concert and metal music.” said Hoon, talking about his belief that this new genre could be accepted by public.

Let’s give our support to PARADISE, who’s presenting as with an entirely new music color!

June 16, 2017 Tirta Comments Off on Who Catch the Flower Bouquets at Celebrity Weddings?