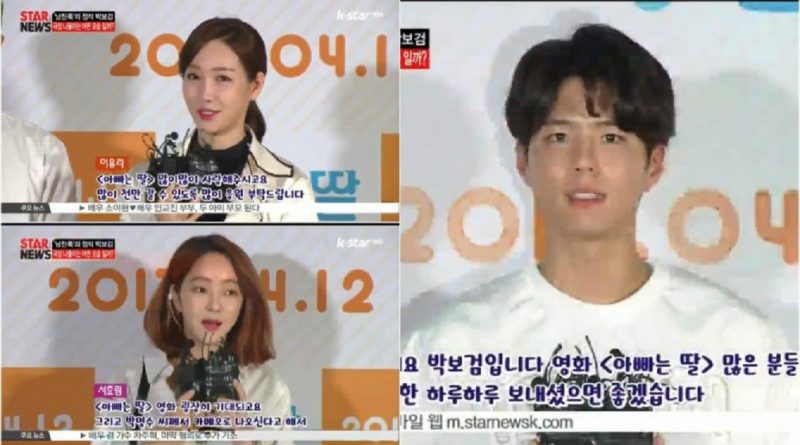 Meanwhile, a lot of stars also came to the press conference of ‘Daddy You, Daughter Me’. ‘My Father is Strange’ star, Lee Yu Ri, came to show her support for Jung So Min. Choi Jung Won also came wearing a red suit, while So Hyo Rim came wearing a shorts. So Hyo Rim and Park Myung Soo appeared as cameos in the film.

Many stars came to show their support for ‘Daddy You, Daughter Me’, which instantly rose to first position right after it was released.