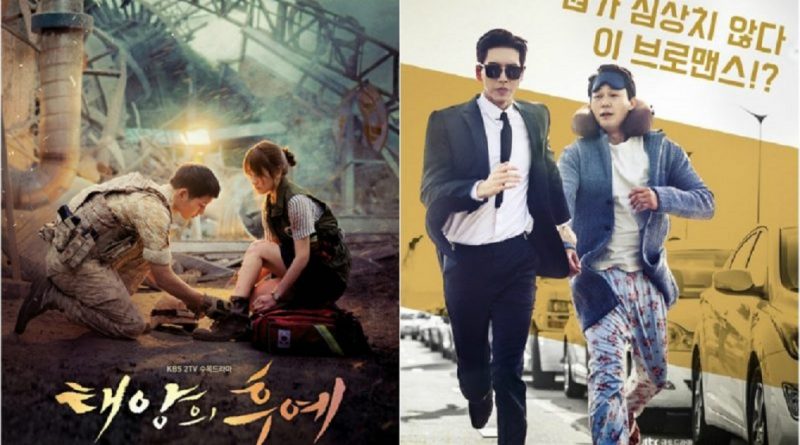 The first two episodes of ‘Man to Man’ introduced the audience to its two main characters, Seol Woo and Woon Kwang.

Seol Woo (Park Hae Jin) is the new bodyguard of Woon Kwang (Park Sung Woong). Before meeting Woon Kwang, Seol Woo has learned many things about the Hallyu Star to prep him for the work.

On his first day, Seol Woo woke Woon Kwang up forcefully and pulled his hands while running in the street so Woon Kwang won’t come late to his shooting location. Together, they rode a train to the location.

Seol Woo also worked hard to make Woon Kwang’s name become the most searched keyword in search engines, which made the actor happy because he loved to be recognized by people.

The natural chemistry between the sensitive Seol Woo and sly Woon Kwang was built carefully, reminding its audience of writer Kim Won Seok’s previous drama, ‘Descendants of the Sun’, which also delivered excellent bromance between Yoo Shi Jin (Song Joong Ki) and Seo Dae Young (Jin Goo). The bromance between Shi Jin and Dae Young was very palpable, and it was one of the many plus points of ‘Descendants of the Sun’.