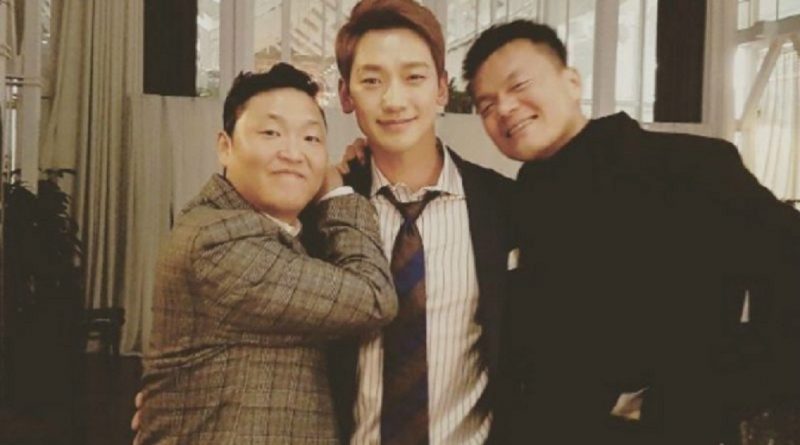 The three world stars who become the representatives of K-POP gathered together.

On April 27, through his SNS account, Psy uploaded a photo along with the caption, “with Rain, Park Jin Young”.

In the photo, Psy, Rain, and Park Jin Young are seen smiling at the camera. Psy stands next to Rain, while Park Jin Young leans back comfortably on the left side. Their closeness is showing in the picture.

Rain’s name appeared first as a ‘world star’ before Psy. Park Jin Young is a renowned K-POP producer who has produced Wonder Girls, Miss A, TWICE, 2PM, and more. While Psy is known worldwide thanks to one of his the songs, ‘Gangnam Style’.

Psy is currently preparing for the 8th album to be released in May. He will make a comeback after 1 year 5 months. He released his 7th album, ‘Chiljib Psy Da’, in December 2015 ago. Psy’s photos with G-Dragon and Boby-BI along with his comeback preparations increasingly attract the public’s attention. It is rumored that Psy’s upcoming music video this time will be starring actor Lee Byung Hun and Apink Son Na Eun.