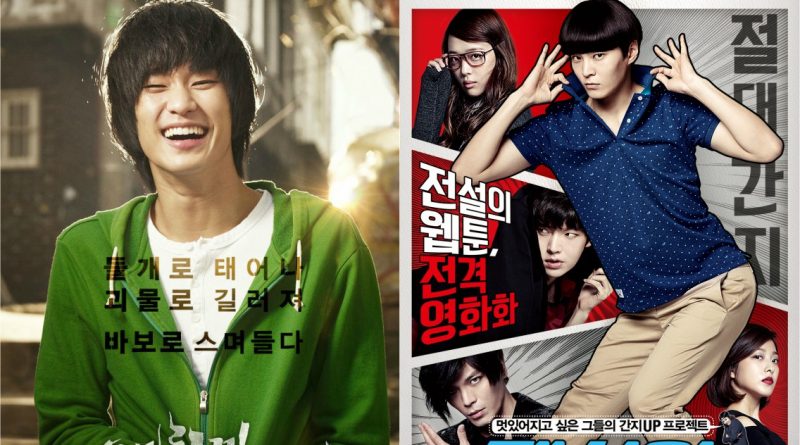 The film starring Kim Soo Hyun is an adaptation of Hun’s ‘Covertness’ webtoon. The Webtoon was released on the Daum website from June 30th, 2010 to May 4th, 2011. The film ‘Secretly, Greatly’ tells about Won Ryu Hwan (Kim Soo Hyun) who is part of North Korea Special Unit. He can speak in five languages and is a cold-blooded killer. He was then sent to South Korea to become a spy. In South Korea, his name is Bang Dong Gu and lives with a woman who treats him as her second child. The 124-minute film was directed by Jang Cheol Soo and was released on June 5th, 2013. The film broke the record for most sales on the first day of release. This record was previously held by the movie ‘The Thieves’ with sales of 436,596 tickets, while ‘Secretly Greatly’ managed to sell as many as 498,284 on the first day of the film aired.

Despite having the same name as the SBS drama ‘Fashion King’, it has nothing to do with the drama. The film is an adaptation of Kian84’s ‘Paeshyeonwang’ webtoon. ‘Paeshyeonwang’ has the meaning of ‘Fashion King’ in English. The webtoon was released on the Naver site on May 5th, 2011 to June 5th,2013. This drama tells about Woo Ki Myung (Joo Won) who decided to become the world’s greatest man. He did this to be able to be a beautiful woman who is his classmates in high school. Meanwhile, Kwak Eun Jin (Sulli), is a woman who likes Woo Ki Myung. She tries to change her style to attract Woo Ki Myung’s attention. This 114-minute film has a comedy genre and was released on November 6th, 2014.

3. Cheese in The Trap

The third film is ‘Cheese in The Trap’ which had previously been released in the form of a drama of the same title. The film is adapted from the webtoon with the same title by Soon Gi. The webtoon version is published through the Naver website since July 7, 2010. Production of this film was first reported in March 2016. Park Hae Jin has been confirmed playing as Yoo Jung, the male lead actor after previously he also played the same character for the drama version. Even so, the female lead actor is not the same as the drama version and was chosen through an audition on August 1st, 2016. After the audition, Oh Yeon Seo was confirmed to play Hong Seol, the female lead. When exactly this movie will be aired has not been announced, and the official poster of this movie has not been released yet, but the actors have met and started filming since April 2017. The movie ‘Cheese in The Trap’ is highly anticipated by the public. In addition to its very webtoon famous in Korea, most drama lovers do not seem to be satisfied with the drama version.