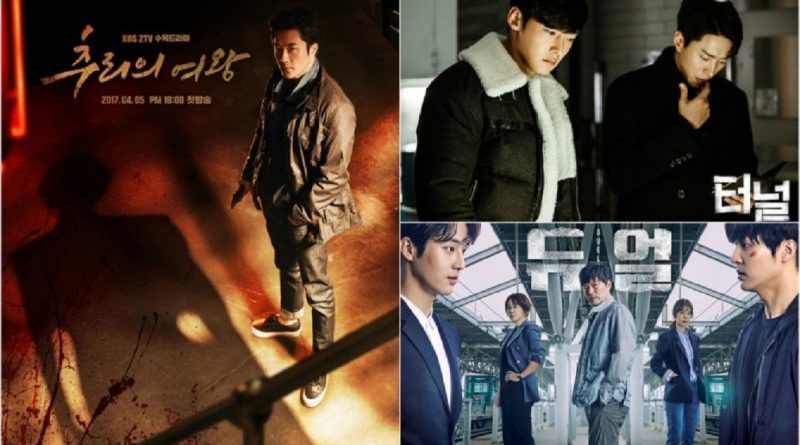 An upcoming drama from the channel that is dubbed as ‘The Master of Original Drama’, ‘Duel’, has started to attract public’s attention even before it’s premiered on TV.

‘Duel’ is a thriller where the main character is cloning himself into two people, the bad guy and the good guy. The story revolves around the kidnapping of a girl. Veteran Jang Deuk Chun (Jun Jae Young), who’s having difficulties to solve this problem, is helped by inspector Choi Jo Hye (Kim Jung Eun) to find clues.

‘Duel’ is interesting because the drama will present a story about ‘human cloning’. Unlike similar dramas/films with the same theme, ‘Duel’ is much more eye-catching and promising since the narrative is set in 2017.

Previously, OCN has come up with a drama about deception in ’38 Task Force’, a mystery that revolves around a call center officer in ‘Voice’, and investigation that involves time-slipping into the future in ‘Tunnel’. With only 4 episodes left of ‘Tunnel’, public are greatly anticipating ‘Duel’, which is expected to receive good responses and support from fans of the channel.

‘Duel’ will premiere on June 3.