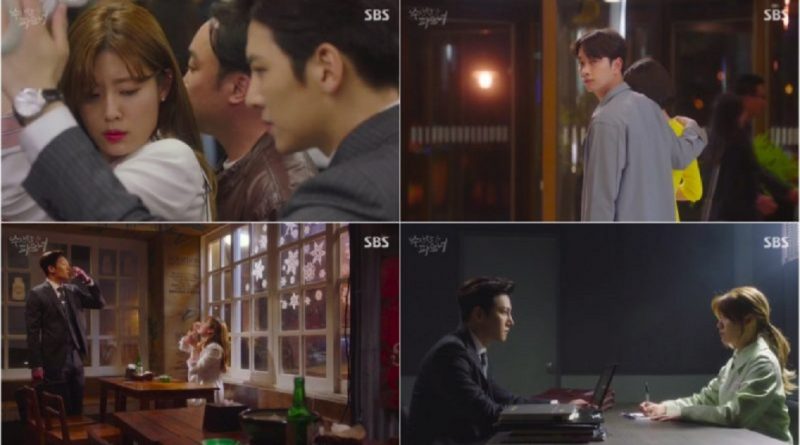 Their first encounter was very embarrassing. On the train, the two accidentally met and there was a misunderstanding which then led Eun Bong Hee to think that No Ji Wook as a pervert.

Nam Ji Hyun who got the message that her boyfriend, Hwang Chan Sung, cheated on her was asked to come to the hotel. It turned out that the message was right. Hwang Chan Sung tried to defend himself but Nam Ji Hyun didn’t listen to him. Nam Ji Hyun said, “I’m the one who will decide whether we will break up or not. To make it fair, I’ll also consider our relationship as just a one-night-stand. After I walk out from here, I’ll sleep with the first guy I met”. She walked out then and met Ji Chang Wook.