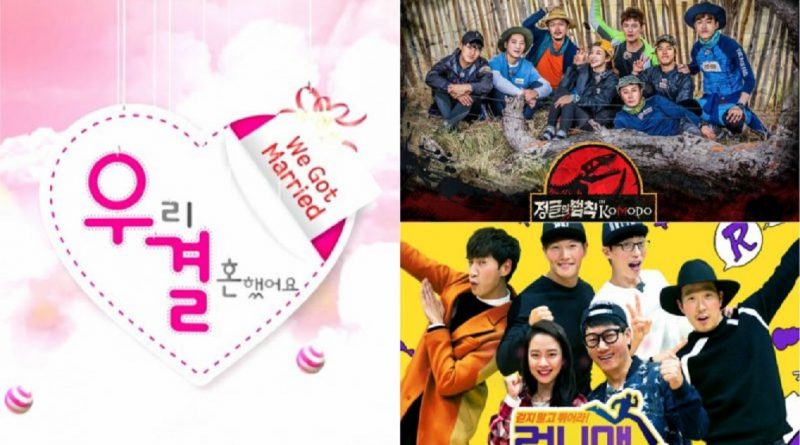 Rank&Talk
August 24, 2017 Tri Law Of The Jungle, RANK AND TALK, Running Man, We Got Married

The Law of The Jungle program has visited Indonesia for several times to shoot in Indonesian forests. Recently they were filming on Komodo Island, Indonesia. This island has a uniqueness that is not owned by other countries: the existence of the Komodo, the ‘ancient’ animals that are still alive to this day. In this episode, there are several Korean artists and idol who participated to see the natural beauty of Indonesia. The artists and idols include Kim Byung Man, Lee Soo Geun, Kangnam, Song Jae Hee, Yang Dong Geun, Lee Wan, Choi Won Young, Lee Tae Hwan, EXID Hani, SEVENTEEN Mingyu, VIXX Hongbin, GFRIEND Yerin, and others. the special episode of Komodo Island managed to get a rating of 15.8% and topped the rank among programs that aired at the same hour.

In addition to the island of Bali, Indonesia also has a place that is no less exotic which attract the foreign tourists to visit Indonesia. The place is Lombok. It’s not only attracting the foreign tourists but also Korean television shows. The program known as We Got Married was filmed in this place. Exactly when it’s Eunjung ‘T-Ara’ and Lee Jang Woo couple who came to Lombok in an episode. Eunjung and Lee Jang Woo visited the island of Lombok to hold a wedding. Not only choosing Lombok as the venue of the wedding, they also chose Lombok’s traditional customs as the theme of their marriage. In addition, they seemed to enjoy the beauty of nature and played on the exotic beach of Lombok.

Running Man’s fans must have already known that the Running Man players ever visited and even filmed in a place in Indonesia in 2014 ago. Yoo Jae Suk, Lee Kwang Soo, Song Ji Hyo, Gary, Haha, Kim Jong Kook, Ji Suk Jin visited Safari Park in West Java. In the safari park, they have to complete the mission by being challenged to approach the wild animals, Gary has to be hugged by a snake, Jungkook combs the lion’s hair, Haha is photographed with a tiger and Kwangsoo must open the rope on the crocodile’s tail. Not only shooting in Safari Park, Running Man also filmed at Gelora Bung Karno Stadium, as part of Asian Dream Cup 2014 with famous Korean footballer Park Ji Sung.

June 24, 2017 Ria Comments Off on ‘Transformer’ dan ‘The Edge of Seventeen’: Captivating Movies Airing this June