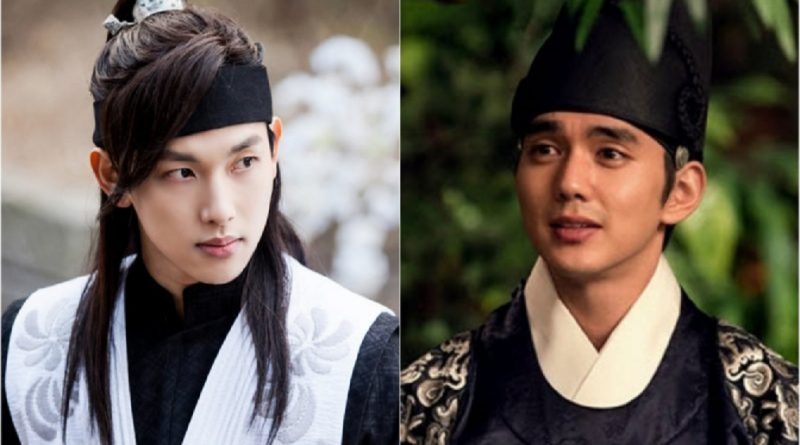 The line up of MBC’s historical drama is filled by a row of charming young men.

The channel’s newest Wednesday-Thursday drama, ‘Ruler: Master of the Mask’, starring Yoo Seung Ho, Kim So Hyun, and L, has already ranked first in audience ratings since its premiere. In July, Im Si Wan and YoonA will star in MBC’s new drama, which is scheduled to air in Monday-Tuesday slot, ‘The King Loves’. These public’s favorite young actors are the main points that will ‘sell’ the two historical dramas.

Although his face is often covered with a mask, the character of the young Crown Prince Lee Sun, played by Yoo Seung Ho, is very fascinating. Yoo Seung Ho started his career as a child actor. After completing his military service at a young age, Yoo Seung Ho is now back in the drama world with a more mature role.

In ‘Ruler’ Yoo Seung Ho plays the character of a Crown Prince who dared to ‘die’ and left the kingdom to protect the people and also the woman he loves.

When ‘Ruler’ of Yoo Seung Ho ends in July, Im Si Wan will bring back a Crown Prince character in MBC’s Monday-Tuesday slot. ‘The King Loves’ is a pre-produced drama adapted from a novel of the same title. After completing this drama, Im Si Wan is rumored to be considering entering the army.

Im Si Wan will able to show various aspects of his acting skill through ‘The King Loves’, because in this melodrama, there is a romance with Yoona, and also bromance with Hong Jong Hyun, who plays the character of King Lin. Also, there will be many tense moments in ‘The King Loves’ due to conflicting information and confrontation. There are many attractions that can be displayed by the characters.

Can Im Si Wan dominate the hearts of drama audience with his role as Crown Prince, just like what Yoo Seung Ho is doing at the moment?