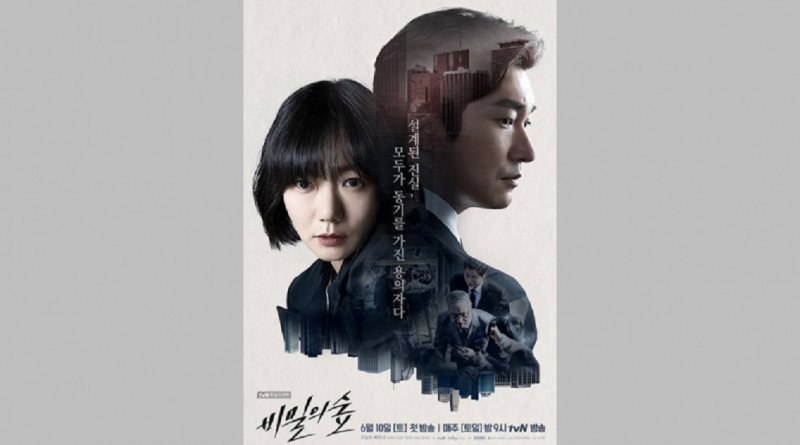 Secret Forest is a drama about the investigation to find the truth of a murder by prosecutor Hwang Si Mok (Jo Seung Woo) and Detective Ha Yeo Jin (Bae Doo Na). The presence of the actor and actress who haven’t been seen on TV for quite a while becomes a hot topic among the public.

Jo Seung Woo’s cold, heartless eyes and Bae Doo Na who always conceals the truth, both of their appearance will give a new atmosphere to the drama. Even the presence of actors Yoo Jae Myung and Lee Kyung Young whose acting skill cannot be doubted again are able to strengthen the drama and create a tension that can be seen in the poster.

The production ream of ‘Secret Forest’ revealed, “Jo Seung Woo and Bae Doo Na are a prosecutor and a detective who do an investigation to unravel the secrets behind the darkness of the city. While also revealing that the mysteries surrounding them are related to people around them. Please anticipate the kind of synergy that Jo Seung Woo will present in the drama, as well as Bae Doo Na who will trace the truth of the murder case”.

‘Secret Forest’ is scheduled to release on Saturday 10 June at 9 pm KST.