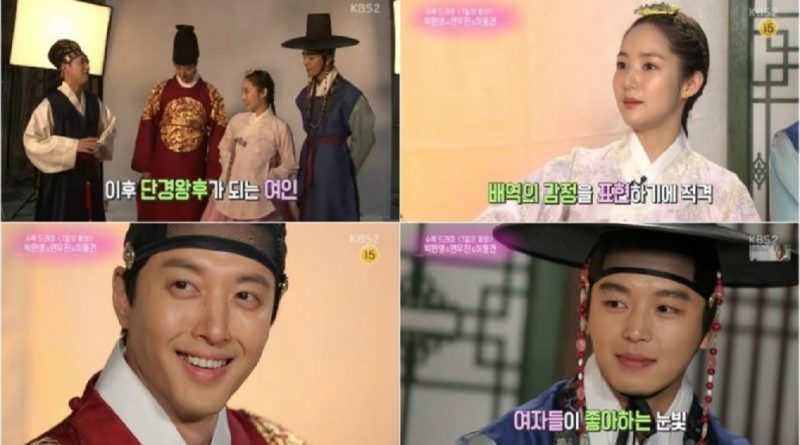 The episode of KBS 2TV ‘Entertainment Weekly’, which was aired on May 27th, featured an interview with the main actors of the drama ‘Seven Days Queen’, namely Park Min Young, Lee Dong Gun, and Yeon Woo Jin.

On that day, Park Min Young was present with other main actors. Park Min-Young said, “When doing a drama, it’s important to have a good relationship with other actors.”

Speaking of her opponent, Lee Dong Gun, Park Min Young said, “Lee Dong-gun’s eyes are like cows,” she praised, “Because his eyes are big and deep, like cow’s eyes, it’s easy to evoke emotions when we act together.”

As for Yeon Woo Jin, Park Min Young said, “He has such clear eyes. Now I know why women love him.”

Then Lee Dong Gun revealed his reason for receiving the offer to play on ‘Seven Days Queen’. “When I received the proposal for this drama, I already knew that the female lead was going to be Park Min Young. Somehow I feel like this is a destiny, so I decided to play in this drama.”

‘Seven Days Queen’ will premiere on the 31st of May.