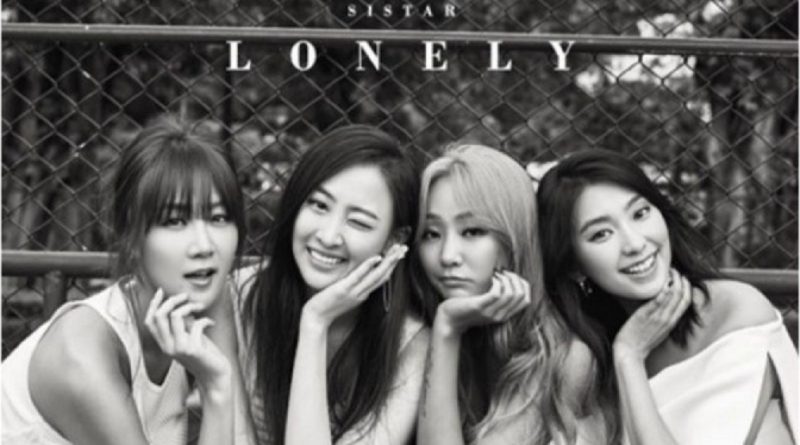 SISTAR climbed to 1st position on various charts with ‘LONELY’, their farewell single. The single, which was released on 31st of May, is topping 6 music sites, including Melon, the largest local music site.

‘LONELY’ is an acoustic R & B song, the result of SISTAR’s collaboration with Black Eyed Pilseung’s production team. The sensual rhythm of the guitar in the song blends with the members’ vocal as a harmony that accompanies their separation.

This latest single is SISTAR’s last present for fans before disbanding after 7 years of career. They confirmed it with their performance on M-Net’s M Countdown.

SISTAR is one of the most famous girl groups in Korea. They were formed on June 3, 2010, and has spawned many hits such as ‘Push Push’, ‘Shady Girl’, ‘My Boy’, How Dare You ‘,’ So Cool ‘,’ Alone ‘, and’ Loving U ‘. Their last single, which climbed to 1st place on various charts, show the fans’ unchanged love towards them.