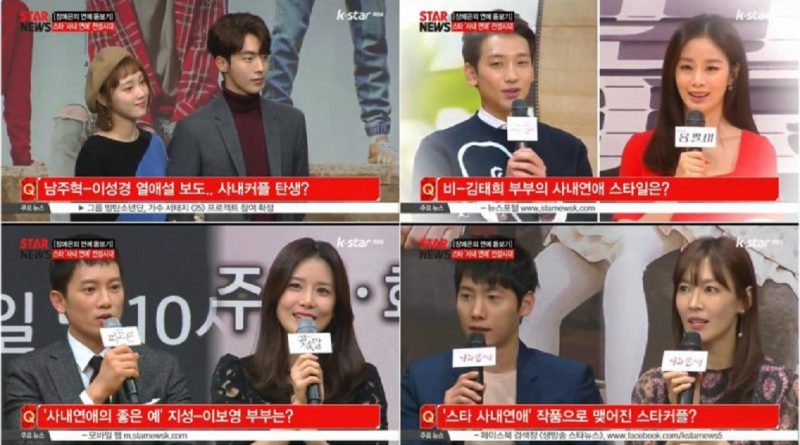 Others were reported to have a relationship after one of them moved into the other’s agency. For example, Ma Dong Seok and Ye Jung Hwa, Won Bin and Lee Na Young, Yoon Kye Sang and Lee Honey, also Hyun Bin and Kang Sora.

Let’s give our support to these couples, may their relationship last long!

November 4, 2017 Ria Comments Off on Korean Entertainment Industry Shocked by Kim Joo Hyuk’s Death Due to A Car Accident