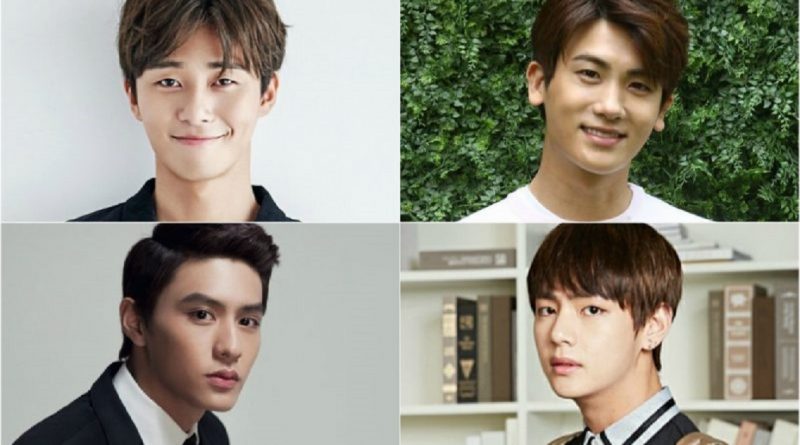 KBS2 drama ‘Hwarang’, which ended in February, is now showing a brilliant success. ‘Hwarang’ got unsatisfactory results by only gaining a 10% rating, but it could be replaced with the glorious success in the casts’ next works. ‘Hwarang’ casts, Park Seo Joon, Park Hyung Sik, Do Ji Han and V (Kim Tae Hyung), are enjoying their latest works.

Do Ji Han is playing in KBS drama ‘Lovers in Bloom’ which premiered on May 29th. Telling the story of the police officers, he acts as a police guard named Cha Tae Jin. In his earlier work, Do Ji Han always showed rigid characters, but in this drama, he featured a character that is full of loyalty. It succeeded in attracting the attention of the audience.

V Crossed the Pacific Through Billboard

V achieved a great success through his job as a singer. BTS was awarded ‘Top Social Artist’ in Billboard Music World 2017. This award becomes the first time for the k-pop group to be included in the category, previously there was Korean singer Psy who won the ‘Streaming Song (Video)’ trophy in 2013.

April 29, 2017 Tri Comments Off on The Adorable Chemistry Between Lee Sung Min, Jo Jin Woong, and Kim Sung Kyun in ‘The Sheriff in Town’
MOVIE VIDEO