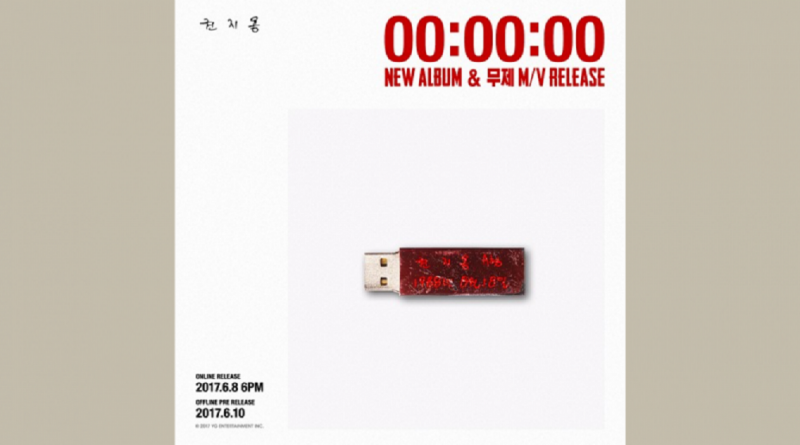 Instead of releasing an album in a CD format, GD’s new EP was released in USB format, making a breakthrough in the K-Pop music industry. The USB is written with G-Dragon’s birth details: ‘Kwon Ji Yong, blood type A, August 18th, 1988’.

Even though YG Entertainment as the agency has been experiencing some difficulties in balancing supplies and demand, they are still committed to follow G-Dragon’s wish and opinion for this album.

After 4 years, G-Dragon finally made his solo comeback with ‘Kwon Ji Young’ by releasing the MV for ‘Untitled’ at 6 PM KST. On June 10th, G-Dragon will start his solo world tour with a concert in Sangam World Stadium, Korea.