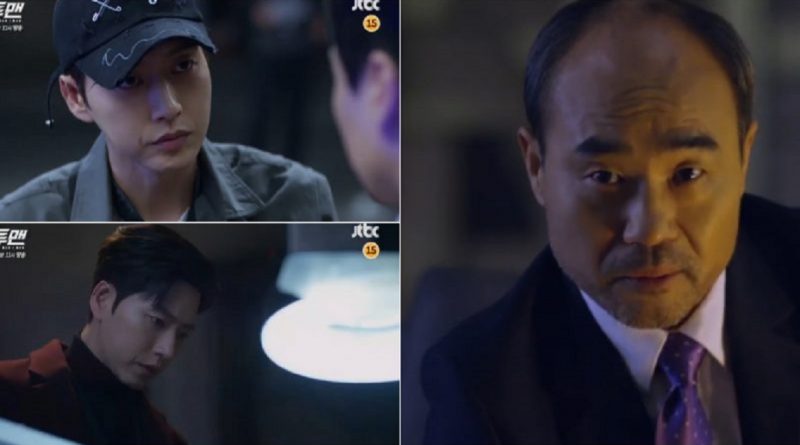 What kind of ending will Park Hae Jin have in ‘Man to Man’?

The still cut is showing Sul Woo’s sharp gaze when he is heading off to a place, Sul Woo feels the deep sadness depicted from his red eyes, Sul Woo is standing straight behind Director of NIS (Kang Shin Il) and shows that he is ready to shoot him.

In the previous episode, all the assassination strategies against the ‘Y’ agent had been revealed that the mastermind of the event was the Director of NIS, before the case was revealed, Prosecutor Lee Dong Hyun helped Tinkerbell Sul Woo from a truck accident even though he could not be saved which gave a big blow to him.

Episode 15, depicting the scene of the sadness of Sul Woo who has lost Tinkerbell while saying “everyone will die as well”, the scene displays an aura of resentment that intrigues the audience.