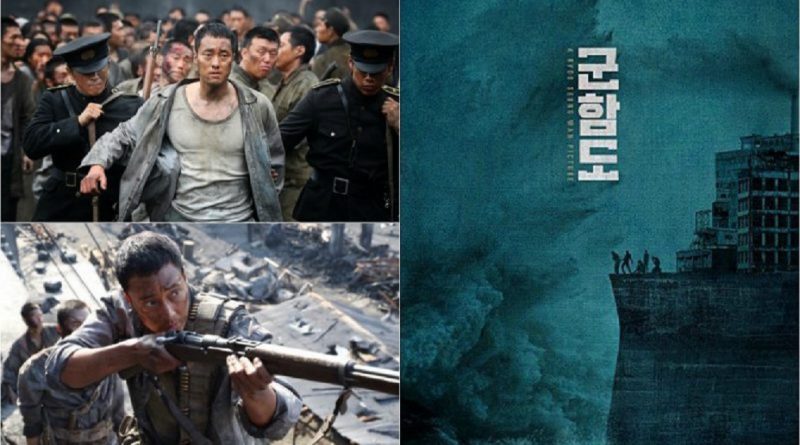 Actor SO Ji Sub shows colorful charms in every work, on the big screen and on the TV screen. So Ji Sub returns to the big screen through ‘Battleship Island’ after a long time, acting as Choi Chil Sung, the greatest fighter in Kyungsung who is better at fighting than talking. So Ji Sub shows a strong charisma.

Although So Ji Sub acts as Choi Chil Sung whose name is known in Kyungsung, comes to battleship island and creates problems, but he also exudes the beauty of a man that no one else possesses, he shows a deep character. Unlike his past that is feared by everybody, at Battleship Island he was humiliated but Choi Chil Sung did not treat his friend roughly. So Ji Sub’s strong acting and charisma are expected to leave a deep impression and attract the attention of the audience. Plus So Ji Sub lost weight and changed his appearance for the character he will play.

Especially, the perfect bathroom scene without wearing any security device is possible because of So Ji Sub’s body. Through ‘Battleship Island’, director Ryu Seung Wan who first collaborated with So Ji Sub revealed “So Ji Sub is an actor who really wants me to work together. On the set, he (So Ji Sub) always acts like he is Choi Chil Sung”.

The film ‘Battleship Island’ is a new work of Director Ryu Seung Wan that tells about the ulterior motives during the Japanese colonial period when many Koreans were forced to work. The film, released in July, is expected to be the most-anticipated best movie of 2017 with the power of its casts.

May 16, 2017 Tirta Comments Off on Ok Joo Hyun Talks about Her Latest Drama Musical, ‘The Bridges of Madison Country’
MOVIE VIDEO