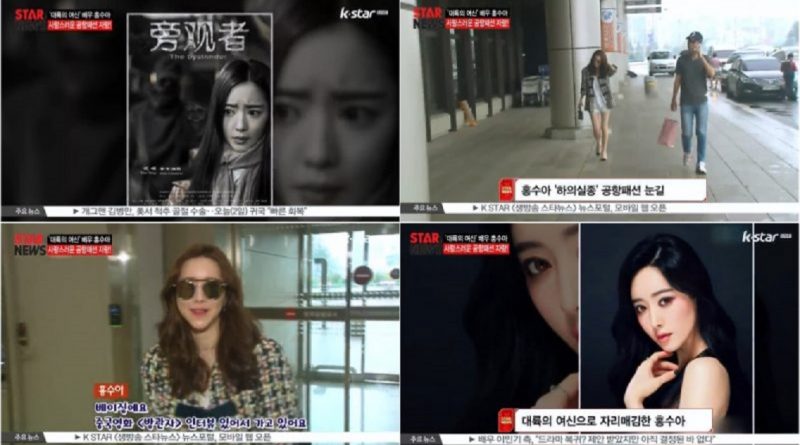 Hong Soo Ah arrived at the airport. She was going to China to attend the release of his latest Chinese film, The Bystander. “I’m going to Beijing to an interview for my latest Chinese movie, The Bystander,” said the actress. The focus of her outfit was the hot pants that was shorter than his jacket. Hong Soo Ah also added sunglasses to complete his airport fashion. “Because it’s raining today, I’m wearing a jacket to keep myself from catching a cold. If I wear thin clothes, I will probably have flu,” Soo Ah revealed the concept behind her airport fashion.

Rather than seeing her on Korean television, it is easier to find Hong Soo Ah at the airport because she is actively engaged in activities in China. Her latest Chinese film, The Bystander, is about to be released. In addition, it is known that Hong Soo Ah recently launched a contact lens product called ‘SOOAH Color Lens’ with her own name in China. She’s also the model of the product. Recently, Han Soo Ah also surprised public by appearing in San E’s Mohae music video with a very different look.

Viewers will be waiting for Han Soo Ah’s appearance on Korean glass screen.