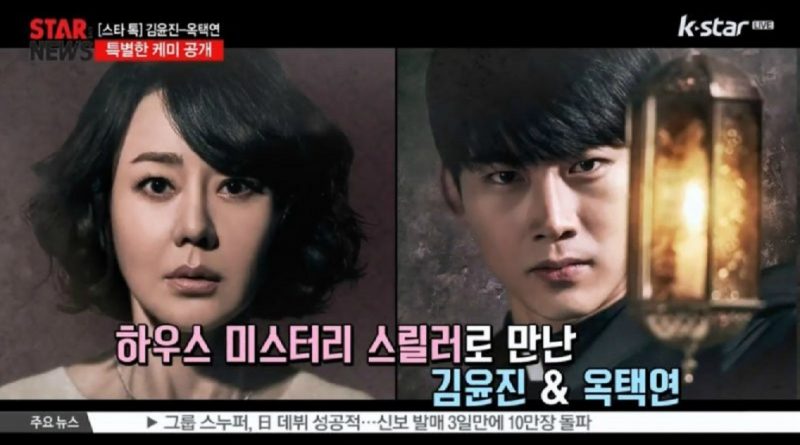 Kim Yun Jin and Ok Taec Yeon, the main casts of ‘The House of The Disappeared’ movie, recently sat down for an interview with K-Star during the press conference of the movie.

The two revealed their reaction when they received the offer to star in this movie. ‘Finally! I got this kind of script,’ said Kim Yun Jin, while Taec Yeon said, ‘I have to take this role and do my best’.

The director of ‘House of the Disappeared’ also revealed a funny story behind Taec Yeon’s appointment as the male lead. “The main requirement to be the priest in this film is someone who’s more handsome than Kang Dong Woon in ‘The Priests’, and the first person who came to mind was Ok Taec Yeon,” he said.

The cast also made a promise if the viewers of the movie hit more than 2 million. “Ok Taec Yeon will give a free hug for 30 minutes wearing a priest’s costume, and after that, he will dance to ‘Heartbeat’ in Gwanghwamun Square”

Whoa! Are you excited for ‘House of the Disappeared’?

March 1, 2018 Ria Comments Off on 4 Korean Actors and Actresses Who Are Kind-Hearted Like An Angel
MUSIC Rank&Talk

May 28, 2017 Tirta Comments Off on Kim Myung Min and Byun Yo Han in ‘A Day’ Press Conference
STAR VIDEO