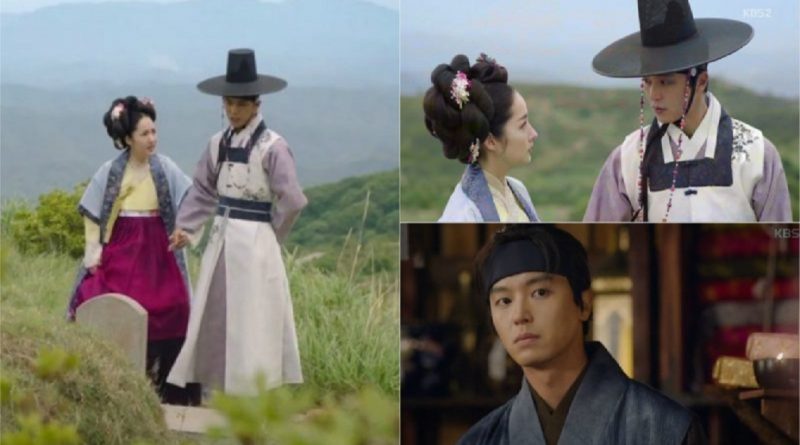 The next day, Chae Kyung says to Lee Yeok, “Prove it if you are not Prince”. Previously, Chae Kyung had learned the ways to win over men’s hearts from the other girls. Chae Kyung exactly does what she had been taught, and Lee Yeok listens to Chae Kyung’s will.

Chae Kyung brings Lee Yeok to places full of memories of the past, but Lee Yeok remains cool. When Chae Kyung nearly falls into the river, Lee Yeok swiftly grabs Chae Kyung’s hand. As Lee Yeok brings Chae Kyung to the front of the Prince’s grave he says, “Do you know how sad he is to know that you are following a man similar to him?”. Chae Kyung cries in response.

Chae Kyung returns to Lee Yeok’s residence but finds him kissing Myung Hye (Ko Bo Gyeol). Chae Kyung is getting even more sad than before. Lee Yeok immediately chases after Chae Kyung, but unfortunately, he is too late. Lee Yoong (Lee Dong Gun) finds Chae Kyung first. Seeing this, Lee Yeok’s gets hurt in the heart.

In this episode, Yeon Woo Jin displays a quality acting skill and a masculine charm, stealing the audience’s heart.