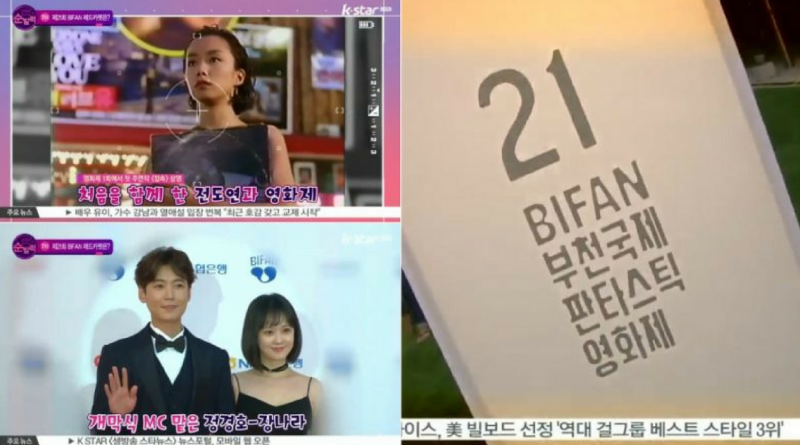 FYI, the movie [Room No. 7] starring Shin Ha Gyoon and Do Kyung Soo is being shown for the first time through this festival. This year, there is also a special exhibition for Jeon Do Yeon’s 20th anniversary debut. The first feature film, [Connection], is being played first at Puchon International Film Festival. There will also be works by Nam Goong Min and Chae In Pyo. Filmmaker Bong Joon Ho [Okja] will also be attending this festival.

In the opening ceremony, various artists were present. Their good looks attracted the attention of movie fans. Jeon Do Yeon, who passed the red carpet with Kang Soo Yeon, showed off her elegant but sexy charm by wearing a black see-through gown. Nancy Lang passed the red carpet with a magnificent look, wearing a long red dress adorned with lace on the chest area. In addition, CLC Choi Yoo Jin, who came to the film festival as an actress, showcased pure charm with her transparent white dress.

Many actors were dressed in black suits. Present in the opening of the 21st International Puchon Film Festival were leading actors of [Room No 7], Shin Ha Gyoon and Do Kyung Soo. Nam Goong Min appeared with his girlfriend, drawing a lot of attention. The MC from the opening ceremony also wore a black suit.