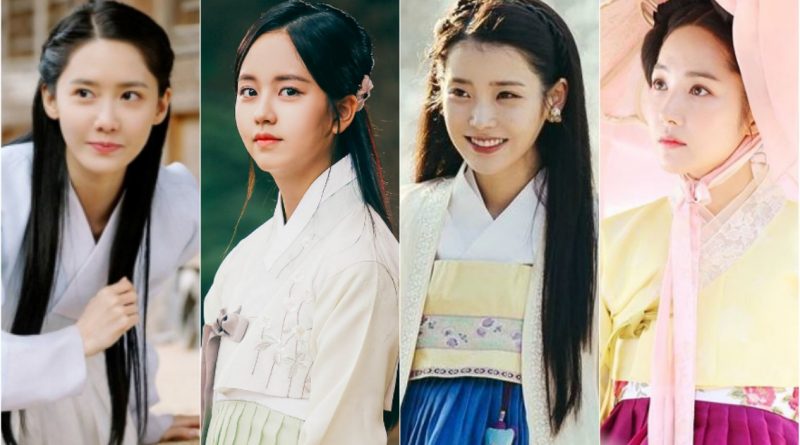 Korean drama fans surely have been familiar with the word Hanbok. Hanbok is a traditional clothing from Korea. For the shooting  of historical dramas, Hanbok is often used by the actresses. Some of the actresses look very pretty wearing Hanbok. Who are they?

In the drama ‘The King Loves’ Yoona acts as Eun San who is the daughter of the richest man in the City. Eun San hides her identity for survival. She is portrayed as a strong and ambitious woman. However, Eun San played by Yoona still can give a beautiful impression and looking elegant with Hanbok.

For the second time after the ‘Goblin’, Kim So Hyun plays as a beautiful woman in Hanbok in “Ruler”. In the two dramas, Kim So Hyun plays the role of Queen Goryeo and Han Ga Eun. With a look of Hanbok and a quiet and calm face, Kim So Hyun can really show the beauty and dignity of Korean women in the past.

Park Min Young in the drama ‘Seven Days Queen’ plays the role of Shin Chae Gyung who later becomes the Queen of Joseon. Shin Chae Gyung is a cheerful girl who is steadfast in dealing with life’s problems. Supported by a wide hat , Shin Chae Gyung’s dressed in hanbok looks really cute.

IU in the drama ‘Moon Lovers: Scarlet Heart Ryeo’ looks undeniably beautiful. With straight hair tied in half and dressed in Hanbok, IU really shines and manages to represent the modest beauty of Korean women.

August 15, 2017 Tri Comments Off on An Interview With Dong Hyun Bae and Lee Jung Min, the Casts in ‘The Best Hit’
MOVIE VIDEO