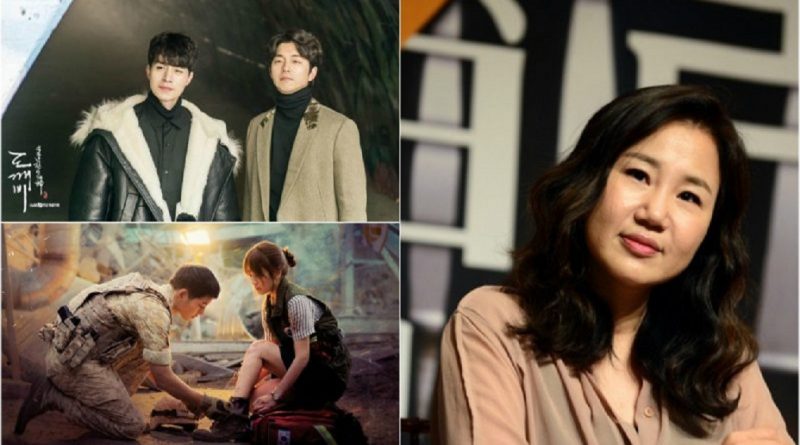 Screenwriter Kim Eun Sook always managed to make the works that she wrote feels realistic and can happen in the real world, although her drama is about goblin characters that exist only in the fairy tale, to the story of the conglomerates who fall in love with ordinary people. Kim Eun Sook’s ability to imagine things is the reason why so many people admire her.

Kim Eun Sook’s name began to be recognized after giving birth to the famous drama ‘Lovers in Paris’ in 2004. After that, her name is increasingly lifted through ‘Lovers in Prague’, ‘Lovers’, ‘On Air’, ‘City Hall’, ‘Secret Garden’, ‘Gentleman Dignity’, and ‘The Heirs’.

Characteristic of writer Kim Eun Sook is a memorable dialogue that always captivates the Korean and international audiences in every episode.

tvN ‘Goblin’, which ended in January, was initially considered to have no clear plot. But thanks to the power of writer Kim Eun Sook, ‘Goblin’ managed to become a realistic story for the audience.

Previously, she also managed to showcase the unthinkable romance of a soldier and doctor in the drama ‘Descendant of the Sun’. The drama is considered to have an interesting storyline even without the conflict of a love triangle. ‘Descendants of the Sun’ achieved a tremendous success in the global market.

Not long ago, Kim Eun Sook broke the news about her latest work, which of course has been awaited by the public. Under the title ‘Mr. Sunshine ‘, Kim Eun Sook’s upcoming drama takes the background of the army in the early 1990s. Currently, the drama is still in the process of completion. It is expected that her drama will be aired in early next year.

Until now, Writer Kim Eun Sook has produced some of the world’s top stars, some of which cannot be forgotten, of course, are Gong Yoo and Song Joong Ki. Whp is the other main character who will be selected by Kim Eun Sook for her upcoming drama?