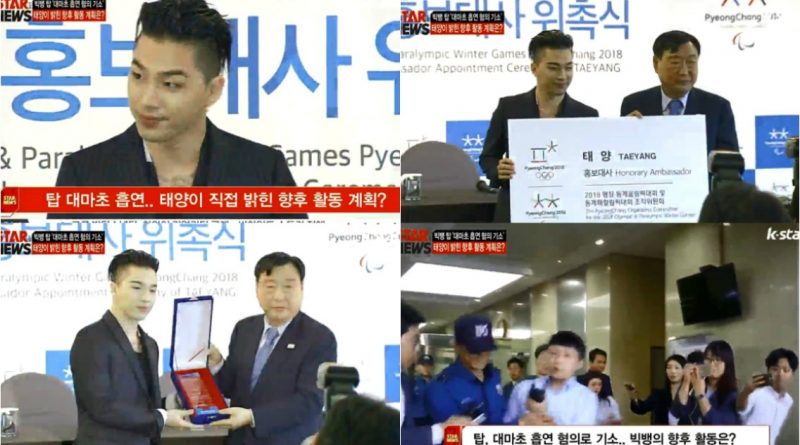 He was appointed as an ambassador not as a member of Big Bang but a solo singer. And Taeyang promises to give his best to promote the Pyeongchang Winter Olympics as a singer.

“The song I’m going to sing for Pyeongchang this olympics, I’ll make it myself. Because of me, Taeyang (sun), being the ambassador, I will show the energy of the sun for the music”, says Taeyang.

Meanwhile, for the first time Taeyang enjoys the fun of having a business card. Also, Big Bang member Top is caught consuming marijuana during his military period, and the activities of other Big Bang members get into the public spotlight.

Taeyang reveals that he is trying to make a good album. He wants to give the viewers a good music and asks them to looking forward to it. Taeyang reveals his plans as a soloist, not as a member of Big Bang

December 13, 2017 Ria Comments Off on 2PM Lee Joon Ho’s Impression on Being The Main Character in ‘Just Between Lovers’