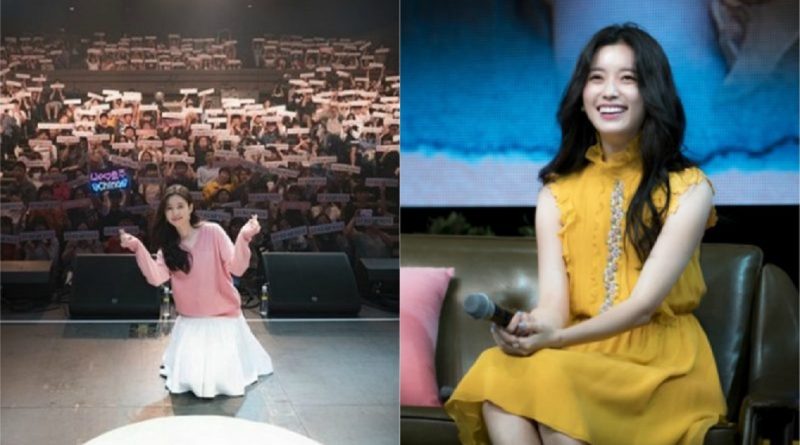 Han Hyo Joo has held fan meeting entitled ‘안녕? 이야 이야’ on June 17th in Seoul. This fan meeting was held after 6 years, and filled with fans who came not only from Korea, but also Japan, China, Hong Kong, Taiwan, Indonesia, and many more.

The first session was opened with a key word talk with Han Hyo Joo about ‘traveling’, ‘mokbang’, ‘work’, and photos of everyday life. After that, a question and answer session was held with the fans.

In the second session, Han Hyo Joo spent more time together with fans. Han Hyo Joo displayed her cute charm, and gave a heart-shaped motion to her fans. Then continued with the fan request corner, Han Hyo Joo gave numerous fan services, ranging from eye contact, photo together, hugs, until a recording with full aegyo. Han Hyo Joo does his best to grant every wish of her fans and earn the nickname ‘The Kind Han Hyo Joo’.

In session, Han Hyo Joo always gave gifts, such as bags, clothes, jewelry, cosmetics, and much more. Her fans gave her a surprise event while taking pictures together (they held a slogan written with kind words), and the second session ended with a letter made specifically by Han Hyo Joo for fans.