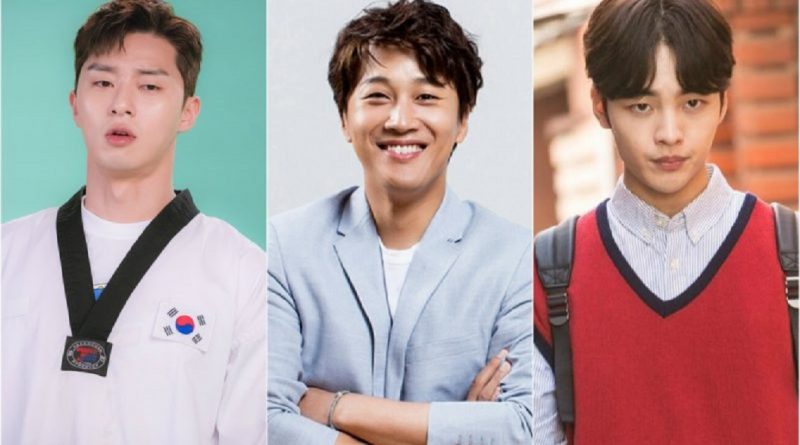 Lately, the emergence of the ‘Nam-Sa-Ching’ (Korean term for male bestfriend)’ in Korean dramas has captured the hearts of women. The ‘Nam-Sa-Ching’ characters include Ko Dong Man (Park Seo Joon) in KBS 2TV’s ‘Fight for My Way’, and Lee Gwang Jae (Chae Tae Hyun) and Lee Ji Hoon (Kim Min Jae) in ‘The Best Hit’. Their attentive demeanor succeeds in making their female bestfriends’ hearts thumping.

Previously Ko Dong Man (Park Seo Joon), has never looked at Choi Ae Ra (Kim Ji Won) as a woman. For Dong Man, Ae Ra is his best friend. Although they often quarrel, they always support each other wherever and whenever.

Dong Man, who is always ready to protect Ae Ra at every moment, sometimes feels jealous of other guys who are close to Ae Ra. The fact that they sleep in the same bed in the latest episode further adds to Dong Man’s uncertain heart. Finally, Dong Mankissed Ae Ra and transformed their friendship into a real romantic relationship.

Although Lee Gwang Jae (Cha Tae Hyun) had a simple nature, he grew up to be a good man in order to keep the people he loved. The woman who managed to capture Gwang Jae’s heart is Hong Bo Hee (Yoon Son Ha).

Even until this day, Gwang Jae still takes a good care of Bong Hee’s son, Lee Ji Hoon, although JI Hoon is not his biological child. Lee Gwang Jae has been keeping his one-sided love to Bong Hee for more than 20 years.

Lee Ji Hoon (Kim Min Jae) has another difficult problem besides his life as a 3 years trainee who dreams of becoming an idol singer, which is his love life. He has a one sided love toward his bestfriend, Choi Woo Seung (Lee Se Young), for over 13 years.

Although he sometimes feels jealous about Woo Seung’s intimacy with Yoo Hyun Jae (Yoon Shi Yoon), he can not express his feelings for fear of losing his best friend.