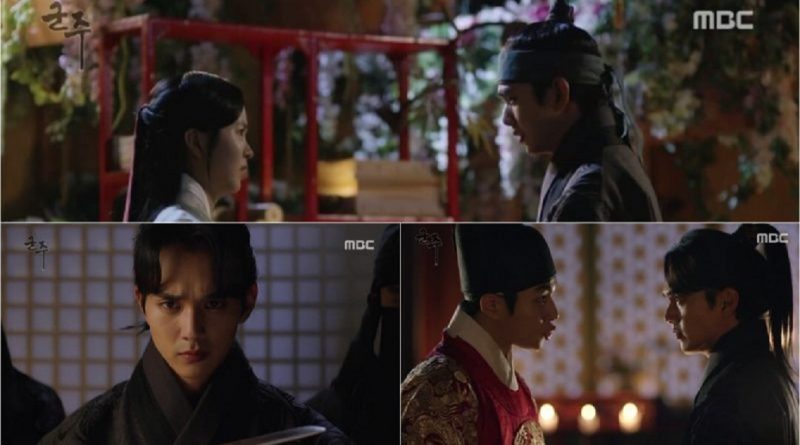 He gets a cynical look and the words “Get away from my life” from his beloved, Lee Seon (L) the one whom he believes threatens his throne. In addition, he is in danger and almost lost his life by Daemok (Heo Joon Ho). The life of a crown prince who cannot be in peace, can he return to his original position?

Currently, the crown prince is known to be dead, he hides his true identity and plans his next move. Taking a role as king under the organization of Pyeonsoo Joseon, his people are suffering. The trials of the kingdom are still quite hard.

To protect his people from Pyeonsoo, he uses a mask since childhood. Dreaming to live with Ga Eun, the girl he loves, yet overwhelmed by feelings of guilt over her father’s death. Now he has just regained his love, and is threatened with death for Lee Seon’s betrayal.

Everyone thinks “Crown Prince is the future of Joseon” and prevents to save Ga Eun, the visit of the crown prince to Daemok’s headquarter looks very tense. The crown prince comes to save the life of the one he loved. How will he overcome and defended his throne? The crown prince’s struggles are anticipated by the audience.