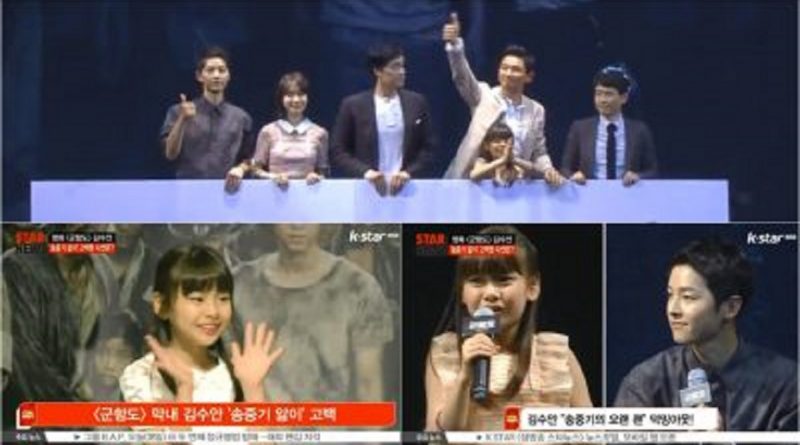 One of the film actresses ‘Battle Ship Island’ who understands the feelings of fans like this is Kim Soo Ahn. Kim Soo Ahn plays the daughter of Hwang Jung Min.

I love Joong Ki oppa in the drama ‘Descendant of the Sun’. I liked it since he first appeared. Really love him. his profile, background, home screen and everything. I really happy meeting him”, Kim Soo Ahn explains when asked by the MC.

Kim Soo Ahn is really a loyal fan and makes other actors laugh. She says she cannot concetrate when acting with Song Jong Ki, but she is very comfortable with Hwang Jung Min, her dad in the movie. Hearing this, everyone laughs loudly.