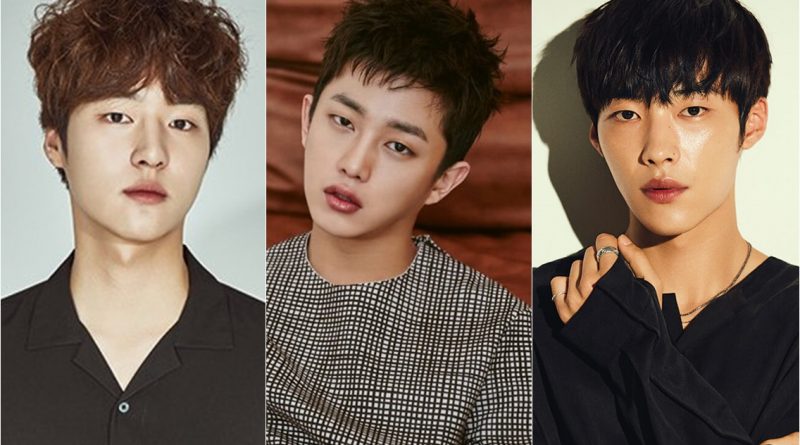 When many Korean actors loved by the public like Ji Chang Wook, Im Siwan, Kang Haneul, and others leave for military service, a new face begins to decorate the screen. Because of their talent and visuals, these new actors are starting to captivate the viewers on the screen. The actors have filled the absence of senior actors who leave for military service, and these actors are ready to become a new idol.

This 1992-born actor received public attention through his acting skills in ‘Temperature of Love’. Together with Seo Hyun Jin, he has created a history that makes viewers’ hearts thumping. Yang Se Jong plays On Jung Sun, a chef whose family background is not good enough. Then he loves Lee Hyun Soo who is played by Seo Hyun Jin, a writer who is older than him. Previously, Yang Se Jong had already been acting together with Seo Hyun Jin in the drama ‘Romantic Doctor, Teacher Kim’, unfortunately their relationship in the drama is not as lovers.

Kim Min Suk is not a newcomer like Yang Se Jong in the Korean entertainment industry. He appeared first in ‘Superstar K 3’ in 2011. In fact, Kim Min Suk was once in a drama with Song Joong Ki and Song Hye Kyo in ‘Descendants of the Sun’. Although not platying the main character, Kim Min Suk has been active acting in dramas, such as ‘Doctor’, ‘Defendant’, ‘Age of Youth 2’ and is now starring in ‘Because This Is My First Life’.

Many viewers are captivated by the charm of Woo Do Hwan while playing in the drama ‘Save Me’. The rebellious character became the main attraction of Woo Do Hwan. But on the one hand, Woo Do Hwan is also suitable to play the character of a kind and innocent man. After the drama ‘Save me’, Woo Do Hwan immediately co-acted with senior actor Yoo Ji Tae in KBS drama ‘Mad Dog’. If you like Korean drama, his face must be familiar. He once played in the drama ‘The Man Living in Our House’, ‘Drama World’, and ‘Shut Up! Flower Boy Band ‘. He make his debut in 2011.

November 10, 2017 Ria Comments Off on Korean Idols Who Have Perfect Body Proportion Despite Being Short
MUSIC VIDEO

July 5, 2017 Tirta Comments Off on A-PINK Officially Made a Comeback with ‘FIVE’
MOVIE VIDEO