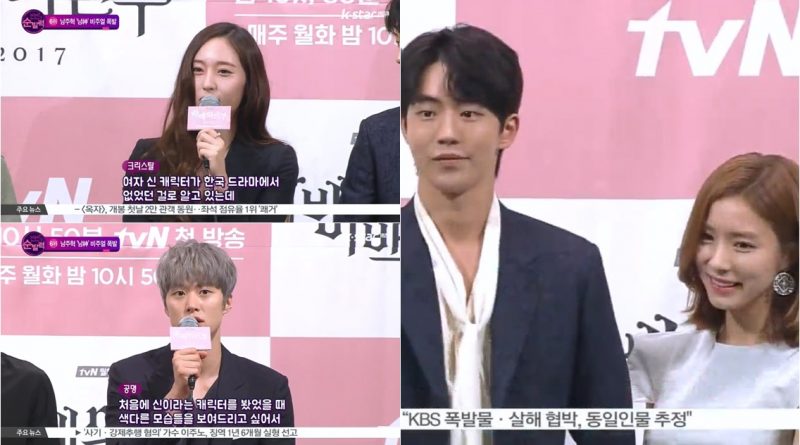 Actor Nam Joo Hyuk has transformed into a god.

In tvN’s new drama ‘Bride of Water God 2017’, Nam Joo Hyuk plays the water god ‘Habaek’, who was sent to earth. During the press conference of the drama, the actor was asked, “How did the people around you respond after knowing that you’re going to play a God in this drama?” and he replied with, “To be honest, they could not believe it at first. They asked “Huh, you?”.”

Habaek Nam Joo Hyuk’s biggest weapon is his visual “I tried to read the script carefully so I could be sure in what kind of appearance that I’m going to present in this drama.”

In addition to Nam Joo Hyuk, Krystal and Gong Myung also play as Gods in ‘Bride of Water God 2017’. “I know there is no female goddess character in Korean dramas, so I try to show the best as the first woman god,” said Krystal. Meanwhile, Gong Myung said, “When I read about my character, I wanted to show something new, therefore I colored my hair to play ‘Biryeom’.”

February 28, 2017 Tri Comments Off on Gong Yoo to Hold A Fundraising Bazaar With Fans