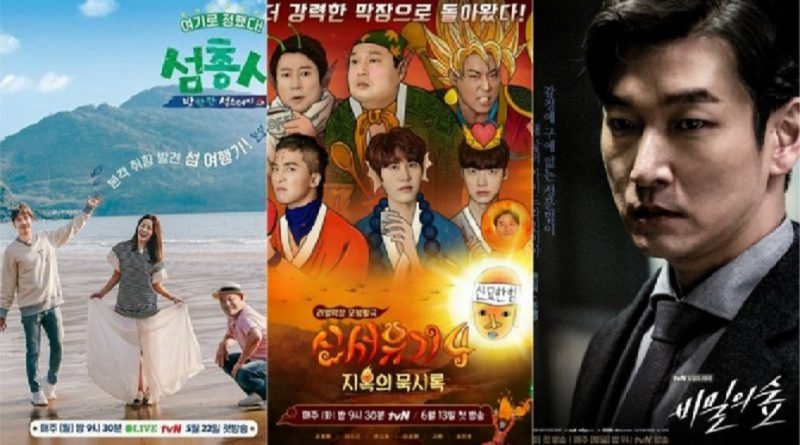 tvN is back at it again with its various programs, ranging from entertainment show to drama: ‘Island Musketeers’, ‘Journey to the West 4’, and ‘Secret Forest’.

Lastly, from the drama section, there is a Saturday-Sunday drama ‘Secret Forest’, telling the story of a lonely prosecutor named Hwang Shi Mok (Jo Sang Wook) who works together to reveal the murder case of high-ranking police officers along with a woman detective who has a warm and loyal character named Han Yeo Jin (Bae Doo Na).

Jo Seung Woo’s appearance in ‘Secret Forest’ is considered very suitable for his character and receive good responses from the public. This drama’s highest rating so far is 5%. The secrets that are revealed in every episode are what makes this drama get an overwhelming response.

These tvN shows, ranging from ‘Island Musketeers’, ‘Journey to the West 4’, to ‘Secret Forest’, are strengthening tvN’s position on the market once more. Of course, this is just the beginning. What kind of new history will be recorded and what new programs will be shown by tvN next?