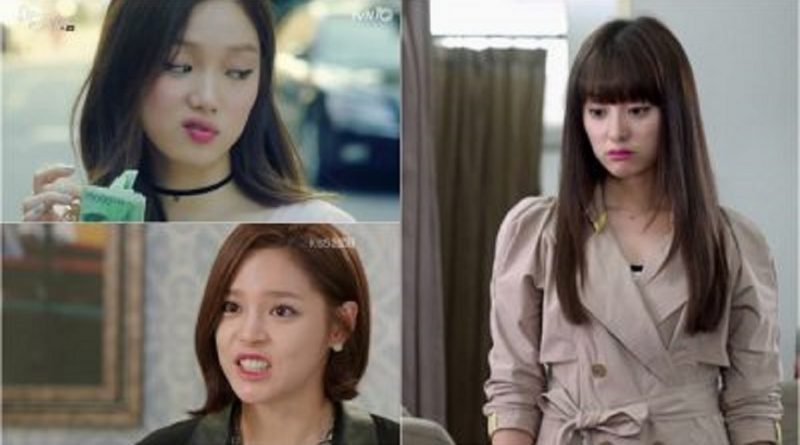 Supporting female characters in dramas sometimes have annoying, evil, arrogant, or harsh nature. Their characteristics often make the audience frustrated. Here is a list of second lead women whose character we do not expect to be around.

Baek In Ha is the characyer played by Lee Sung Kyung in tvN ‘Cheese in the Trap’. The audience would agree that the character of Baek In Ha is very annoying. She is a woman who attaches importance to appearance. Always wanting to look classy, beautiful, and use expensive items. Unfortunately, she is also a lazy person and is reluctant. Baek In Ha often takes advantage of the people around her for personal enjoyment. She is also a wasteful unemployed. Her life was supported by Jung’s family, starting from apartment rent, food, even college tuition. However, Baek In Ha refuses to go to college and instead, she disturbs Jung’s relationship.

She is as cold as a snow. Ice princess might be the right word to describe Yoo Rachel played by Kim Ji Won. Being born rich and engaged to Kim Tan (Lee Min Ho) make Yoo Rachel a rough and arrogant figure. It was easy to hate Rachel. Not only because she is a rival of Cha Eun Sang (Park Shin Hye) in romance, but she is also cruel to those around her and often think of herself only.

Played by Park Si Yeon, Han Jae Hee is a former lover and little friend of Kang Maru (Song Joong Ki), but he betrays him for money. At the interview, Han Jae Hee accidentally kills Maru’s boss who is trying to rape her. Maru comes to rescue Han Jae Hee. To protect Han Jae Hee, Maru surrenders himself to the police station and confesses to having killed his boss, whereas Maru is an intelligent figure and a potential doctor. When Maru is in prison, Han Jae Hee marries an elderly rich CEO. After that, she turns into a greedy woman and continues to use Maru’s affection for the evil she does.

All three characters have indeed added spice to drama to look frustrating.