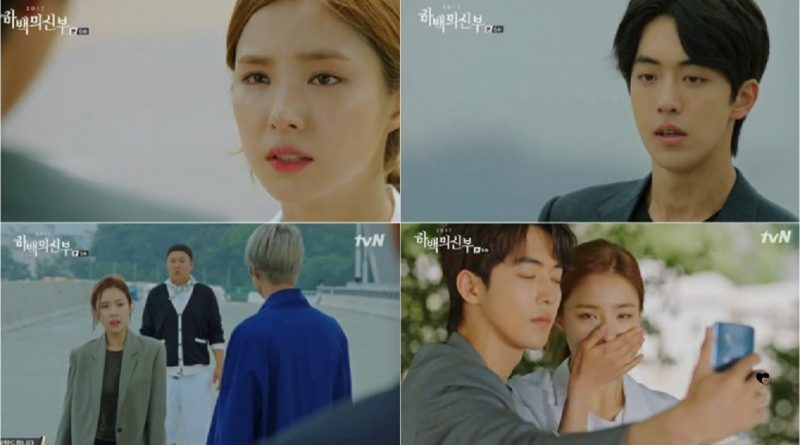 In the 6th episode of ‘Bride of Water God’, Yoon So Ah (Shin Se Kyung) disappeared in front of Habaek (Nam Joo Hyuk).

That day, Bi Ryeom almost killed Yoon So Ah to test Habaek’s strength. When Habaek realized that Bi Ryeom and Moo Ra had removed the God’s Stones, he became furious. “Why did you do it?!” However, Moo Ra tried to put the blame on Bi Ryeom. “He’s the one who did it. I’m not wrong. I did not want to do it, but Bi Ryeom insisted,”

Bi Ryeom embarrassed and left Yoon So Ah alone, but then Yoon So Ah punched him. Yoon So Ah looked at Habaek with eerie eyes, and without saying anything, he left. Habaek fended off Moo Ra and Bi Ryeom and went home. He waited for Yoon So Ah, but So Ah came home late.

Yoon So Ah said, “What kind of sin did my ancestors make? What did they do to have made my life a game for you?” while shouting.
“I promise I will not endanger your life for our benefit. I will protect you. Because that’s the duty of the gods,” Habaek said, trying to apologize.

After that Habaek and Yoon So Ah’s relationship got closer. However, Yoon So Ah was fed up with Habaek after knowing that he had torn up the real estate contract. “I was glad when you said that you’ll protect me. I want to believe you when you say that it’s your job. Though I do not really believe it, but I thought I have finally found someone who will stand by my side,” Yoon So Ah got disappointed again.

“I think it’s a good idea to stay together. I know it’s only a matter of time until you get back to your world, I know it will happen, but I feel happy even though it’s only temporary. How stupid of me to feel happy. I’m annoyed with myself. I do not know what kind of person you are, what kind of god,” Yoon So Ah said with tears streaming down her face.

So Ah turned her back from Habaek and called CEO Shin while walking. She didn’t see a car passing and ended up getting hit. Strangely, her body disappeared in front of Habaek, who could only scream her name loudly. Will Habaek be able to save So Ah this time?