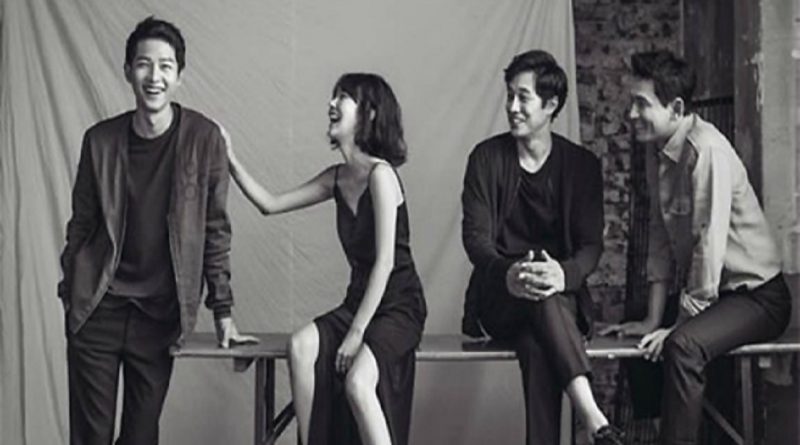 The casts of the movie ‘Battleship Island’ (produced by Ryu Seung Wan) did a photo shoot for a cover of a film magazine. The chemistry of the main actors was remarkable.

The friendly atmosphere was very attention-grabbing. Hwang Jung Min, Seo Ji Sub, and Lee Jung Hyun laughed as they gazed at the youngest member, Song Joong Ki, who performed his role as a good atmosphere-maker.

Their dandy charm was also the point of appreciation. The actors sported a stylish casual look with neat jackets, cardigans and black jeans.

On the other hand, the movie ‘Battleship Island’ is a movie about Koreans who tried to escape after being forced to board a Japanese warship during Japanese colonial period. The film will be released on July 26th.