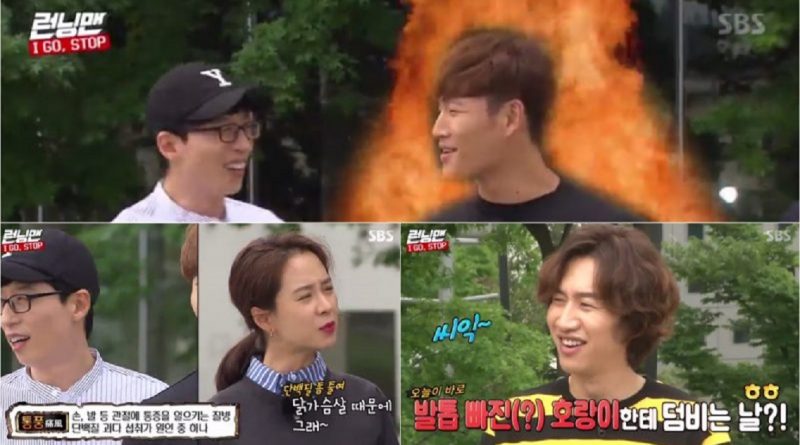 Hearing that, Song Ji Hyo said, “That’s because he ate too much protein. You should eat chicken breast properly.” Gout is a condition that causes pain in joints such as hands and feet. This can happen when the uric acid level is high due to consuming protein excessively.

Knowring that Kim Jong Kook’s lower body was uncomfortable, the producers of Running Man said, “Isn’t it a great chance (for you all to defeat him)?” but Lee Kwang Soo said, “Although Kim Jong Kook can not use his legs, he can still stand well.”

Kim Jong Kook then responded, “My strength has moved to my upper body,” while showing his muscles.