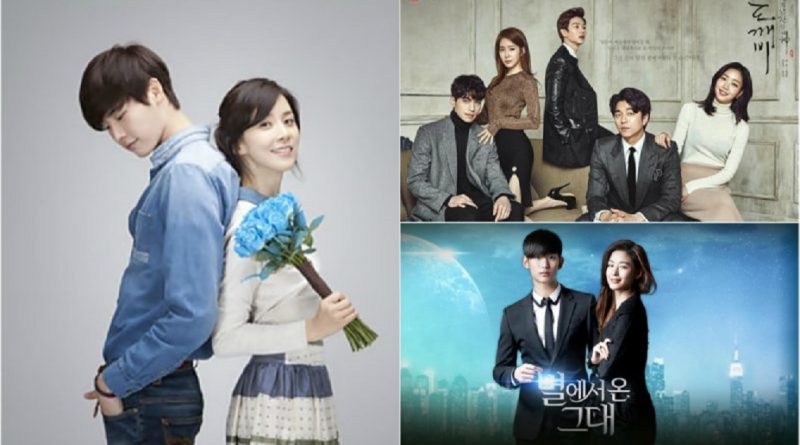 The Korean drama has various genres, but lately, a lot of Korean dramas use fantasy as its genre. Having power in the real world seems like a lot of fun. These are CastKo’s top three fantasy Korean dramas:

So far, the drama ‘Goblin’ has always been number one choice for fantasy drama. In ‘Goblin’, Kim Shin is murdered by the order of his King, Wang Yeo. However, he can not die. Kim Shin continues to live with a sword stuck in his body, and only the goblin’s bride can pull the sword. In addition to its refreshing groove, the actors’ acting were brilliant. The main actors are Gong Yoo (as Kim Shin), Lee Dong Wook (as Wang Yeo), Kim Go Eun (as Ji Eun Tak), Yoo In Na (Kim Sun), and Yook Sung Jae (Yoo Deok Hwa).

2. I Can Hear Your Voice

What if you have the ability to hear what others think just by looking into their eyes? That is exactly what is experienced by Lee Jong Suk in his role as Park So Ha. He must watch his father getting killed in front of his eyes after having an accident. So Ha survived, but since then, he possesses supernatural ability, which is he can read people’s minds by looking into their eyes. Although Lee Jong Suk and Lee Bo Young, the female lead, have a considerable age difference, they have a strong chemistry in this drama.

3. My Love from the Star

This drama tells of an alien who has various super abilities such as teleportation, telekinesis, etc. and has lived on earth for 400 years. He came to earth to conduct a study, but because of an incident, he had to wait another 400 years to get back to his planet. Until the time comes, Do Min Joon (played by Kim Soo Hyun) works as a lecturer. However, in just 3 months, all the principles that he have guarded for so long are destroyed because of his neighbor, Chun Song Yi (played by Jeon Ji Hyun), who turns out to be the reincarnation of Seo Yi Hwa. Song Yi is a top artist whose life is targeted by a criminal. Min Joon tries to save Song Yi from the villain. Jeon Ji Hyun’s ridiculous behavior in this drama is highly entertaining to the audience, and Kim Soo Hyun’s acting is also deemed to be cool and very interesting.