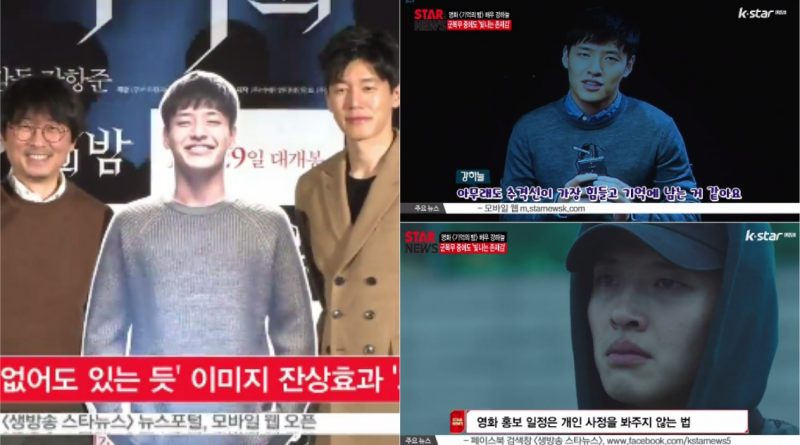 Kim Moo Yul and Jang Hang Joon are trying to fill in Kang Ha Neul’s absence, even though they did not in many scenes with Kang Ha Neul. Kim Moo Yul said this is not the end of ‘the director’s pursuit. “Sometimes while waiting, Ha Neul stole a chance to sleep but the director glanced at him. After seeing him, he gave the nickname ‘Baby who sleeps when there is a chance'”, he exposed Jang Hang Jun’s shocking cruelty and made everyone laugh.

The film ‘Forgotten’ starring Kang Ha Neul who is undergoing military service will be released on November 29.

March 15, 2017 Tirta Comments Off on ‘Man to Man’ Has Finished Shooting
MUSIC VIDEO