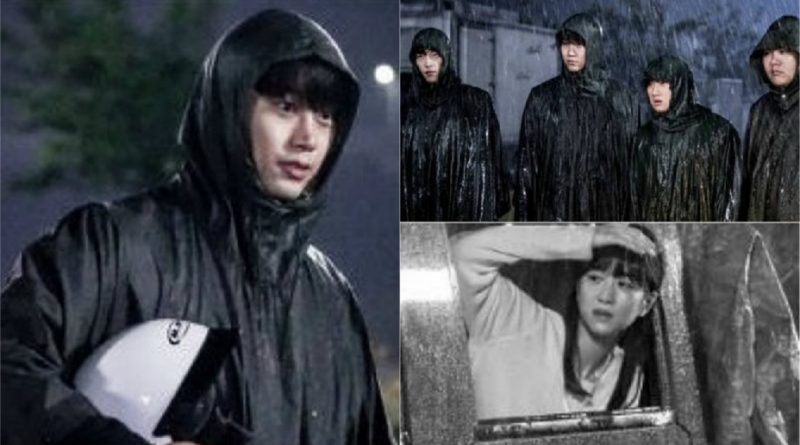 Taecyeon and Seo Ye Ji’s first encounter under the rain in OCN’s latest drama ‘Save Me’ caught the attention of viewers.

Taecyeon and Seo Ye Ji will portray warm and fun characters in OCN’s ‘Save Me’, which will start airing on August 5, 2017. After moving to Hanjiwon station, Seo Ye Ji, who plays as Im Sang Mi, meets the ‘pseudo’ religious group which show a strong image of their religion. One of the members of the group is Taecyeon,

During that first meeting, Seo Ye Ji meets four members, Taecyeon, Woo Do Hwan, Lee David and Ha Hwe Jung, who are walking around the city despite the rain.

When they did this particular scene, Taecyeon and Seo Ye Jin need extra energy as they filmed it under the pouring rain. On the other hand, Seo Ye Ji’s face when she was looking at the four young men from her car raises the audience’s curiosity about the story of the youngsters.

‘Save Me’ is a highly anticipated drama from OCN this summer because it is a pseudo thriller drama depicting the struggles of four men who saved their first love against false propagators of false religion. According to the author of “Out to the World,” Cho Geum-san, this drama has an unexpected story. ‘Save Me’ will be broadcasted every Saturday-Sunday in OCN starting from August 5, 2017 at 10.20PM KST.