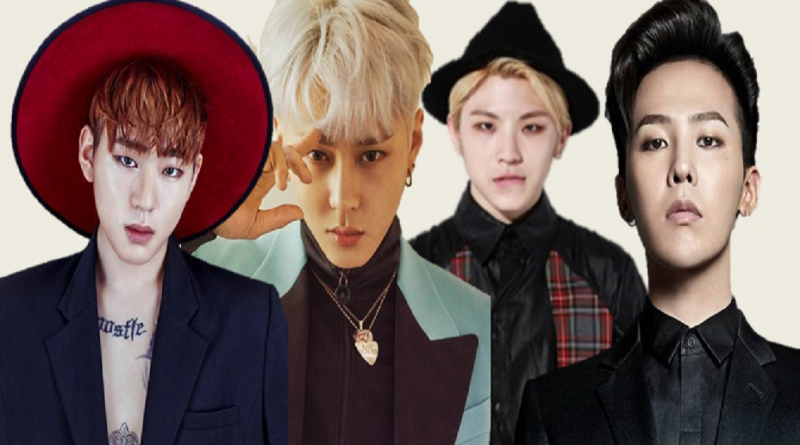 Undoubtedly, members of South Korean idol groups are indeed multi talented. In addition to singing and dancing, some of them are also capable of acting, modeling, playing music to make songs. In the music industry itself, there are several famous songwriters and producers such as Yoo Young Jin, who made Shinhwa ‘TOP’, Super Junior’s ‘Sorry Sorry’, Teddy, who wrote Big Bang ‘Loser’ and 2NE1 ‘Come Back Home’, and Brave Brothers, the producers of Sistar ‘Ma Boy’ and 4Minute ‘What’s My Name’. Idols also participated in writing and producing songs, either for themselves or for other groups. Here are 4 idols who bear the role of composer and producer at the same time.

Since a young age, G-Dragon co-produced and wrote for most of Big Bang’s albums, including the songs “This Love,” “Lies,” and “Fantastic Baby.” He also wrote most of his own solo songs, as well as other YG artists, including Se7en, Daesung, and Taeyang. In 2008, at the age of 20, G-Dragon was the youngest person to be awarded the 10 Greatest Korean Composers. He was crowned as Best Song Writer of 2012 by Melon. In June 2016, the Korean Music Copyright Association has 170 songs listed on his behalf. By 2017, G-Dragon has written 22 number one hits. In most cases, he composed his song with Teddy, a YG composer. Because he is very active in every way, it is not surprising that he ranks fifth as a composer who earns the most money through copyright/royalty in South Korea.

Woozi, the leader of Seventeen’s vocal team is indeed responsible for writing and producing songs for his own group. From their debut single ‘Adore U’ to ‘Do not Wanna Cry’, Woozi is always involved in the production process. It’s clear that he has a very important role in Seventeen. Not only writing songs for his own group, Woozi also wrote songs for others. For example, he wrote lyrics for two songs on Ailee’s album with Eric Nam, and recently, he was trusted to write IOI’s last single, ‘Downpour’.

Just like Woozi, Junhyung is responsible for writing songs for his group, Highlight. He has compiled and produced 118 songs. He also has helped fellow CUBE artists such as BTOB and HyunA. Some songs that Junhyung wrote include 4minute “HuH” as co-writers, EXID “Think About,” Apink “I Got You,” Jang Woo Hyuk ‘Time is Over, “and even C-CLOWN’s” Cold “and” Do You Remember”. His ability to write songs is already recognized by so many people.

Zico started his career in music as an underground rapper. After that, he made his debut as leader of Block B. Amazingly, he has 90 songs made under his name. He often works with KIGGEN, Score, Delly Boi, and Pop Time. Zico even took part in producing and writing several Block B hit titles, such as “Nanrina,” “NILLILI MAMBO”, “Very Good”, and “H.E.R”. In addition, Zico is also the composer of IOI / Gugudan Kim Sejeong’s ‘Flower Road’, which has a different style from the usual hip-hop theme, showing off his ability to create different types of songs.