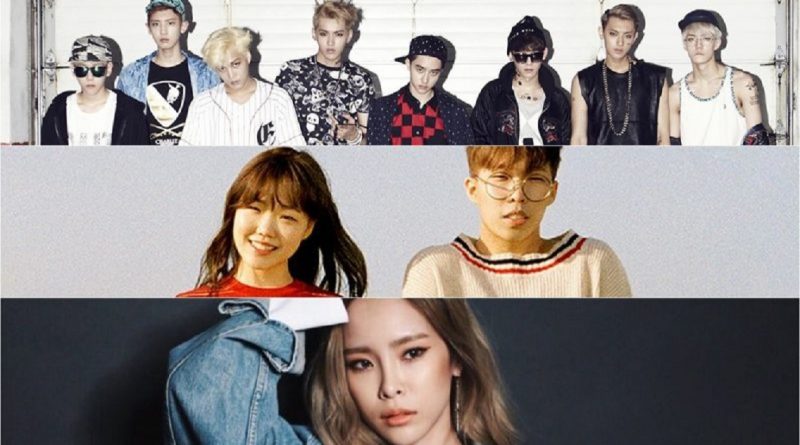 EXO, Akdong Musician, and Heize are competing for the top spot on the music charts. On July 21 at 8 AM, EXO’s new song Ko Ko Bop became the 1st on Melon, Naver Music, and other music sites.

For 4 days they maintain their position. On the 20th, new songs from Akdong Musician ‘DINOSAUR’ was ranked first in Genie, Olle Music, Soribada, and Bugs. Then, Heize’s ‘You, Clouds, Rain’ placed first on Mnet. The three musicians fiercely compete with each other, fighting for the main position on the charts