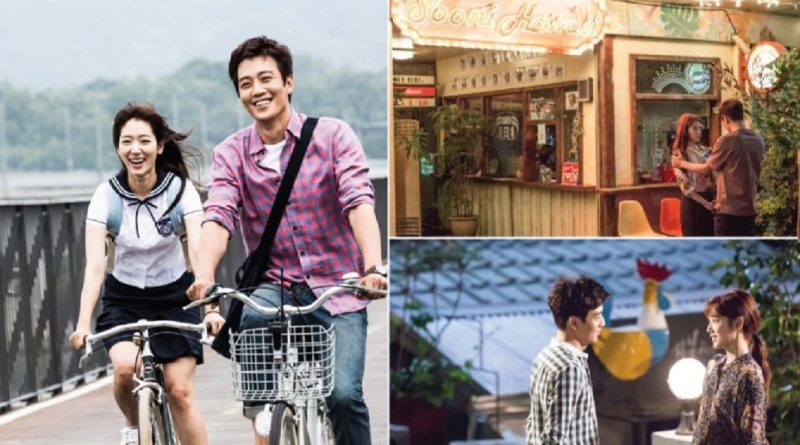 Hye Jeong and her friends from Gukil Hospital often visited ‘Soonie Hawaii’ to relax after a long day. The original name of this place is ‘Bonjour Hawaii’. Just like its name, the interior of this restaurant has ‘Hawaii’ theme, making visitors look like they are hanging out in a Hawaiian cafe, accompanied by Hawaii traditional music. Some popular menus in this restaurant are ‘barbeque combo’, which consists of steak, french fries, corn, and salad. There is also unique menus such as ‘sushi pizza’, where rice and seaweed are put on top of thin crust of pizza.

If you’re fans of this drama, you must remember the arcade where Ji Hyong-Hye Jeong played car racing, shooting game, and Hye Jeong won a doll from the game machine? The arcade place is called ‘Strike Pang’ and it is located in Shinchon, not far from Shinchon subway station. There are a lot of games in this arcade, such as dart, crane machine, basketball simulation, shooting field, and mini baseball game. Readers could play and then trade the points that you’ve achieved with a present, for example, a giant doll.

When she was still in school, Hye Jeong dreamt to open a soup restaurant with her grandma. Seochon Traditional Sundae Guk appeared a few times in Doctors as Hye Jeong’s father’s restaurant. Before this drama was aired, the restaurant was already quite well-known due to its delicious broth. The restaurant has a clean hanok interior and exterior. The fact that the restaurant is located next to Geongbokgung Palace makes it often visited by tourists. Other than their soup, their Kimchi is also very famous; it is even often mentioned as one of the best Kimchi in Seoul.

In one episode, Ji Hong tried to spend as much as possible of his time with Hye Jeong by walking to her house. The winding roads and beautiful houses that the couple passed by is located in Ihwa-dong Mural Village. You could find Hye Jeong’s house along with steel chairs, flower park, mural art, street foods, and many other spots that make this area favored by a lot of directors. However, please keep in mind that there are a lot of citizen who live in this area, thus, we should respect their privacy.

Do you still remember the scene where Ji Hyong and Hye Jeong went to the school together on their bikes and went through a beautiful railway? Yup, Bukhan River Railroad Bridge is one of South Korean directors’ favorite shooting places. This location was the perfect place to show the lovely chemistry between Ji Hong and Hye Jeong. With its quiet gurgling sound from the river and also the beautiful sky, this place is a perfect dating site!

April 3, 2017 Tirta Comments Off on Celebrity Couple Joo Sang Wook and Cha Ye Ryun to Get Married in May
STAR VIDEO