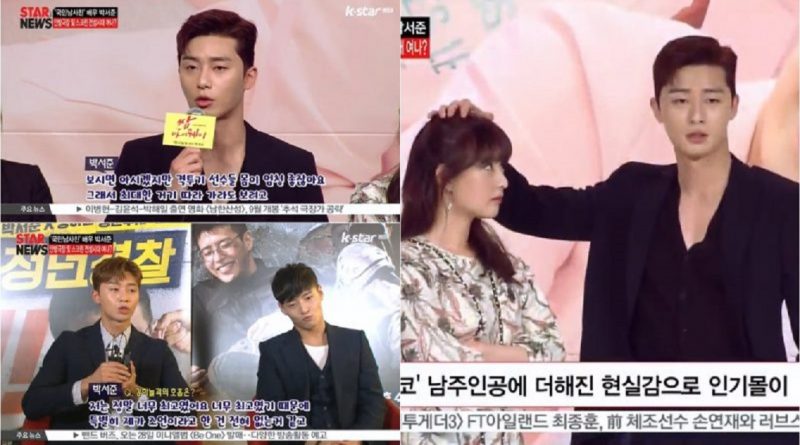 After finishing ‘Fight for My Way’, Park Seo Joon returns with a new movie called ‘Midnight Runners’. Without needing a long explanation, Park Seo Joon’s charm is becoming a trend.
Park Seo Joon has been receiving much love as Korean ‘National Boyfriend’ thanks to his latest drama, ‘Fight for My Way’! Park Seo Joon starred as the lead role in a romantic comedy drama. He made his ‘guy bestfriend’ type of character captivate the audience through the glass screen.

After meeting the audience through the glass screen in the spring of 2017, Park Seo Joon will soon comes to theaters in summer. Not only adept at playing in romantic comedy genre dramas like ‘She Was Pretty’ and ‘Fight for My Way’, Park Seo Joon will also show his ability to act a ‘bromance’ relationship. In ‘Midnight Runners’, Park Seo Joon is united with actor Kang Haneul. Both actors demonstrate a remarkable chemistry. “If one day we’re going to meet again in another work then it will be very, very good. I’m really looking forward to working again with Kang Haneul,” said Seo Joon.

In ‘Midnight Runners’, Park Seo Joon has a youthful charm that sparks alive. “‘Gi Joon’ is a highly motivated character. He has a little bit of a naughty side, but also has a totally innocent behavior. No matter how he looks, there was a time when he was so stupid and so unlike me,” Seo Joon explained about his character.

From being a romantic comedy actor, Park Seo Joon is moving on to bromance relationship. Without a doubt, the trend that he is making will soon be a success.